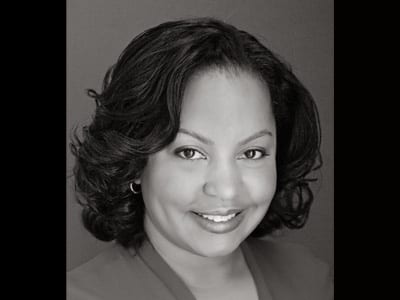 This piece was originally posted in The Memphis Flyer.

I am afraid to love my 18-month-old nephew because he is a black boy, and in my country, police hunt and kill black males as if they were the enemy.

On April 4th, yet another unarmed black man was killed by a white police officer, this time after a traffic stop for a broken tail light in North Charleston, South Carolina.

A brave onlooker caught the incident on his cell phone: Walter Scott, a Coast Guard veteran, was running away from Michael Slager when the officer fired his gun at him eight times, striking him in the back. On the video, Slager walks over to the victim and then jogs away to pick up something in the grass. He returns and drops the object next to Scott’s body.

Slager has been charged with murder, fueling hopes that in this case, justice might be served. But I don’t want justice for my nephew, who I will not name here. I want him to live.

Black men, even when unarmed, are far more likely to be killed by police than any other group. My government doesn’t want us to know how many lives law enforcement officers take, so they don’t track the deaths.

Civilians have their own tally: In 2015, police killed more than 300 people, including at least 18 since Scott was slain.

Do you know what it does to your soul when you mark a young black life with a timeline of deaths?

My sister was pregnant with my nephew when George Zimmerman, a self-appointed deputy of a Florida neighborhood, was found not guilty in the shooting death of 17-year-old Trayvon Martin, who was unarmed.

When New York police strangled Eric Garner, also unarmed, for the capital offense of selling loose cigarettes, my nephew was learning to stand on his own.

He was 10 months old when a white cop shot and killed John Crawford, 22, after he picked up an air rifle in a store that sells guns in Ohio, an open carry state.

When an Asian officer in New York shot and killed Akai Gurley, also unarmed, for the capital offense of walking in a dark stairwell, my nephew was walking.

My nephew turned 1 a few weeks before a white officer gunned down 12-year-old Tamir Rice, who stood in a Cleveland park with a toy gun.

This wake that never ends warps my relationship with my dear, sweet nephew. My girlfriend diagnosed me, after listening to me gush about my niece, who is almost 3. When she asked about my nephew, I replied simply. He’s fine.

“I need you to love this baby more,” she told me.

The love is there — I just hold it in a faraway place. I catch myself when I stare into his hazel eyes or run my fingers through his sandy brown hair.

I read the books he brings to me. I chase him in endless loops around his house. He giggles, looking behind him to make sure I’m still in pursuit. He has that intoxicating baby smell of sweetness and potential, but I don’t inhale.

The fewer memories there are, the less there will be to forget. If I love him completely and the police steal him from my family, it might kill me. I don’t want to die. I don’t want him to die. Withholding my adoration, I tell myself, is an act of self-preservation.

I know this sounds crazy. It feels crazy. Racism is crazy making.

My family can distance him from the parts of town where gun violence, gangs, and drugs are common. There’s no way to keep him from police. I cannot guarantee he will never be stopped for driving a nice car or for matching the generic description of a suspect.

Some who read this will insist that if my nephew never runs afoul of the law, I have nothing to worry about. If he submits immediately, even to unreasonable demands by the cops, if he is passive when police are aggressive, if his brake lights never go out, if he never plays loud music, if he swears off hoodies, if he avoids poorly lit stairwells – he’ll be fine.

To those people I say this: You lie.

I want to love, but I’m scared.