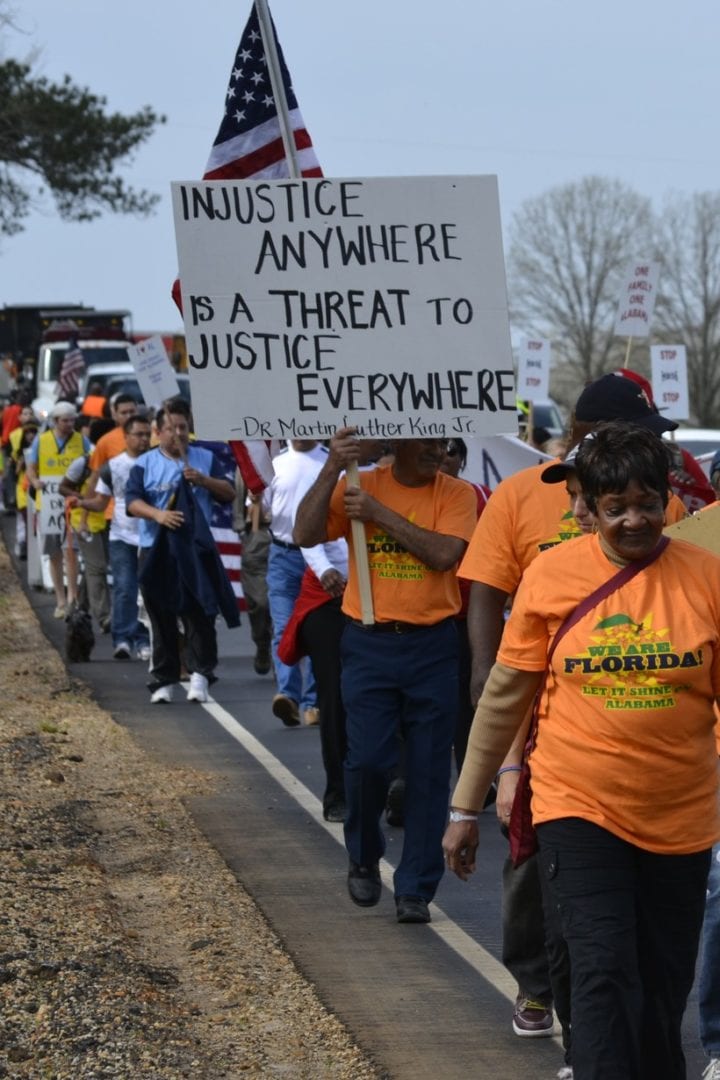 Black and Brown Families United in the Era of Political Dysfunction

When I visited home for the first time after the 2016 election, my mother spoke to me in a voice I had never heard her use before. Her heart was heavy, she said. Her heart was like stone. She stammered through the conversation, quietly working to find words to express the horror she felt, the astonishment, the shame, the rage. My mother—a woman who protected me, gave me all she had to give, honored me with her love—broke down. I could count on one hand the number of times I had seen her break down. But on that day, my mother no longer felt safe or welcome in her own home.

The effects of this election have been economic, social, political, personal. You can look at today’s vote by the GOP as a first step to repeal Obamacare to know that many black and brown families will be hurt.

This election made us all look at each other differently. I had to reflect on the relationships in my life; I had to really analyze the bonds I’d made over the years. The most important of those bonds were the bonds of family. I looked around, and in one way or another, I saw families falling apart. In concrete ways and in insidious, intangible ways, I saw Black and brown families being torn apart. A father was arrested by ICE after dropping his daughter off at school. A father was killed, by the police, in his car with his family watching from the backseat. Everyday a daughter loses a father, a grandmother is separated from her grandkids, a family is destroyed.

For many people in my generation, this was the first time we were able to vote in a Presidential election. This was our first opportunity to feel, first hand, what it is to choose the leader of our country, of our home. It is obvious now that my generation is not as progressive as previously thought. It is obvious now that no matter your age, we all make the same mistakes. We are not so different that we can’t understand the issue here. We are not so different that we can’t understand that this is an issue that belongs to all of us. The issue of families—specifically, the future, the continuation, of families. Families are being separated as a direct result of the man sitting in the Oval Office.

Perhaps the most distressing fact is that this is not unfamiliar territory. For Black people, slavery dissolved the notion of ancestry and visible roots, of inherited culture and language. Slavery and its legacy disconnected Black people from their ancestors and destroyed their visible connection to human history. But this disconnect, this forced lapse in memory cannot—could never—destroy that which was. In a way, this disconnect tells the story of the ways in which those others went first, and how forgetting could never stop them from coming back. This disconnect tells the story of the struggle, the love, that brought me to life.

And this—this is my comfort. In a time when so many families face destruction, when the law stands in opposition to families, the fact that we are here today is hope enough. So many have already lost, and so many will lose in the future. But we are here today, and we have to do something with that.

My mom goes to rallies now. Maybe this is something she always did and I just never noticed, or she never felt like she had to until now. Either way, my mom, firmly in her 50s, made posters for the Women’s March; protested for environmental awareness and action; reads the news everyday, so she can stay informed. She is fighting. She is not giving up on herself, or on us. And I stand with her. I’ll fight for her and for my family in the ways that I can. Because above all, this election has shown that we always have to fight for what we have. We have to defend our world and the bonds we make in it, because they cannot survive on their own. We have the power to make our world whatever we want it to be.

Paige DeLoach is a summer intern with the Center for Community Change.