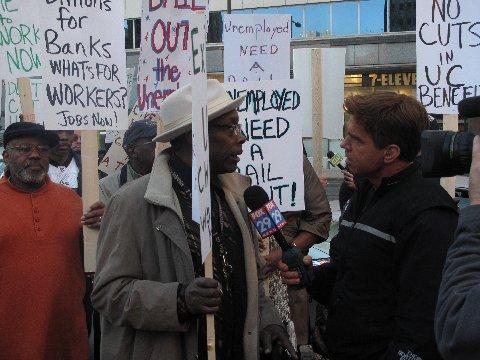 Building strength from the grass roots. It’s what the Center for Community Change (CCC) has done for 45 years. It’s what we will continue to do in 2014 as we build a movement for economic justice in the United States. Good jobs, liveable wages, affordable homes, retirement security, a path to citizenship for immigrants, support for those re-entering society after incarceration – we’re zeroing in on all of this and more. Community Change was honored to be among ten organizations cited in the February 3rd edition of The Nation for “laying the foundation for an economic justice revival.”

For forty-five years, the Center for Community Change has worked with low-income communities and local grassroots organizations to fight poverty. The Community Change has intentionally worked behind the scenes, keeping the spotlight focused on members of the communities instead and organizing around issues ranging from voter registration, affordable housing and community development to, more recently, immigration reform, healthcare and retirement security.

Executive director Deepak Bhargava says, “We have chosen as our great task in this next era to build a nationwide movement against poverty and for economic justice. The core issue is jobs—making sure that good jobs are available and accessible to everyone.” The Community Change plans to work with grassroots organizations at the local and state levels, and then form coalitions at the national level, to demand policies that create good jobs with good wages. Its goal, Bhargava says, is to help build “a massive, diverse, boisterous, energized and organized social movement.”

Click here to read about all these organizations and their amazing work in “How to Build an Anti-Poverty Movement, from the Grassroots Up.”