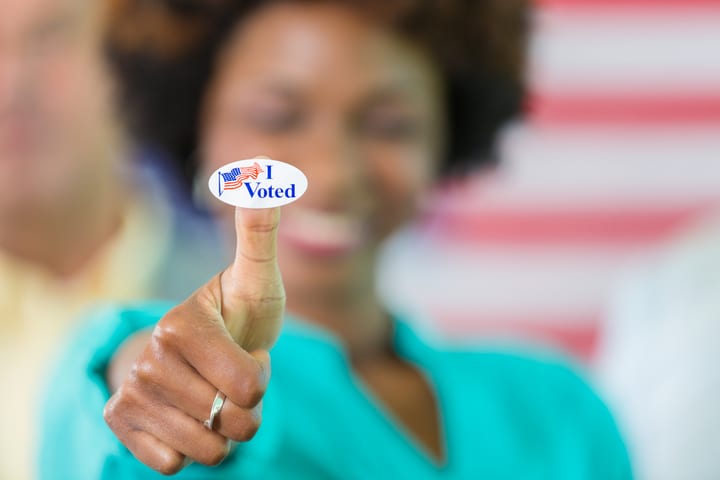 Democrat Doug Jones managed to accomplish last week what conventional wisdom thought impossible when he defeated the GOP candidate Roy Moore, an alleged pedophile and bigot, to become the next senator of Alabama. After a nail biter election night, the race concluded with Doug Jones securing 671,151 votes to Moore’s 650,436 votes.

As the results came in, it was immediately obvious that black voters were the ones who carried Jones across the finish line. Initial predictions that black voters would under perform were shattered as exit polls indicated that they made up 28 percent of the electorate that night, which is greater than their 26 percent share of the population. Polls found 93 percent of black men and 98 percent of black women turned out to deny Moore the Alabama Senate seat.

Roy Moore sure gave black folks in Alabama a reason to vote against him. Nine women accused Moore of sexually assaulting them when they were underage. In addition to the awfulness of the accusation, the reality is Moore didn’t seem qualified people to run for U.S. Senate from the moment he declared his candidacy.

Roy Moore showed time and again he is a racist, a homophobe and a bigot whose vision for America is a white supremacist theocracy.

When asked by an African-American voter when he thought America was last “great,” his response was, “I think it was great at the time when families were united ― even though we had slavery. They cared for one another. Our families were strong. Our country had a direction.”

In June 2011, Roy Moore suggested that getting rid of the constitutional amendments after the Tenth would solve many issues in the way the U.S. government is structured. He specifically singled out the 14th amendment, which was passed after the Civil War in an effort to guarantee citizenship, equal rights and protection under the law to former slaves.

It’s also a testament to black voters that they turned out the way they did for the Alabama Senate election, considering the significant efforts that the state has undertaken to suppress their vote.

Back in 2013, after the Supreme Court gutted the Voting Rights Act, Alabama began to enforce a 2011 voter ID law so racist that state lawmakers did not dare submit it to the federal government for approval. Since then, the Alabama Republican Party has closed about 200 voting precincts, attempted to close 31 DMV offices in disproportionately rural majority black counties with the purpose of making it harder for those folks to obtain the voter ID, and targeted campaign finance laws with the intention of weakening organizations that do black voter outreach. A lawsuit is currently pending against Alabama’s chief election official, John Merrill, for his refusal to implement a law passed that would restore voting rights to thousands of people who had been disenfranchised for low level convictions.

It is a testament to the resiliency of these communities that despite these challenges, black voters mobilized to vote, in the process saving the country from the embarrassment of the prospect of an alleged pedophile sitting in the U.S. Senate.

In my home state of Florida, similar voting suppression tactics have been used to discourage participation in minority communities. There are currently more than 1.5 million Floridians who suffer from what is effectively lifelong voting disenfranchisement due to racist, Jim Crow-era style laws. A proposed ballot initiative for 2018 would restore civil rights to those who have served their sentences and completed parole or probation.

The grassroots organizing in black communities was a crucial factor in the Alabama election results. Organizations on the ground specifically identified voter suppression tactics and worked to provide people with the proper identification to vote and register those who were previously purged from the rolls. These efforts should be a case-study in southern states to fight against voter suppression in mainly minority, and marginalized, communities.

If you’d like to get involved in the campaign to restore voting rights to more than 1.5 million Floridians, you can email [email protected] If you’d like to sign the petition, go here.

This article originally appeared in The HuffPost.

Living with racism in these times

It is my belief that for black Americans, and other people of color in America, dealing with racism is unavoidable.…

How You Can Help Stop Voter Suppression in Florida

Last year, I became a United States citizen and a registered voter after living as an undocumented immigrant in this…

Four ideas on how to take down Memphis’ Confederate monuments now

If there’s the will, Memphis leaders can find a way to remove these symbols of white supremacy....