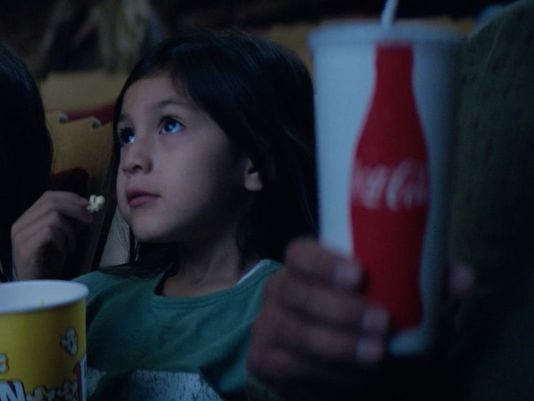 Coca-Cola’s infamous 2014 Superbowl ad, titled “It’s Beautiful,” proves a couple of things in its role as the most controversial commercial of the night.

First of all, its rendition of “America the Beautiful” ironically brings to the surface the ugly side of some Americans who do not appreciate that our country continues to be a melting pot of other cultures.

One of the more glaring responses comes from Fox News’ Todd Starnes, who tweeted, “Couldn’t make out that song they were singing. I only speak English.” He then added, “So was Coca-Cola saying America is beautiful because new immigrants don’t learn to speak English?”

Shocking hashtags such as #SpeakEnglish, #SpeakAmerican, #BoycottCoke, and #Communists trended on Twitter following the release of the advertisement, proving that many Americans are still in denial of what the U.S. is and has been since its creation: a nation of immigrants and diversity.

Even if the response of “Speak American” was a valid argument in the sense that “American” somehow became a language, it still would not carry much power. Today, there are over 381 different languages spoken within the U.S., and while English is the most predominantly used, it is still just one of these 381 languages.

A second thing the commercial proves is that immigration is both a relevant and progressive issue.  Sure, the ad is not outwardly political, and yet the argument can be made that it does not have to be. The ad does not simply acknowledge diversity; it goes one step further to embrace it, clearly showing the positive impact of immigration and cultural differences on our nation.

As some background information, Coca-Colca CEO Muhtar Kent actually wrote an article for USA Today in February of last year in which he openly supported immigration reform. Kent, as both a first-generation American citizen and a business leader, knows the important role immigrants have in this nation. With this information, it can be assumed that the recent Coke ad is making a public point to support immigration and new reform.

Perhaps Suehaila Amen, president of the Lebanese American Heritage Club, says it best: “I felt the commercial represented the beauty of the diversity of this great nation, highlighting the stories of immigrant journeys in search of a better life and Americans who seek to live in peace with their fellow Americans.”

At a time when the government is on the verge of immigration reform, such a public endorsement and celebration of multi-culturalism might be all it takes to push Congress over the edge to finally act on immigration reform. Hopefully, the ad will at the very least catch Boehner’s attention at a crucial time for immigration reform.

If you have somehow managed to avoid the seemingly omnipresent advertisement thus far, here it is in all of its multi-cultural beauty.