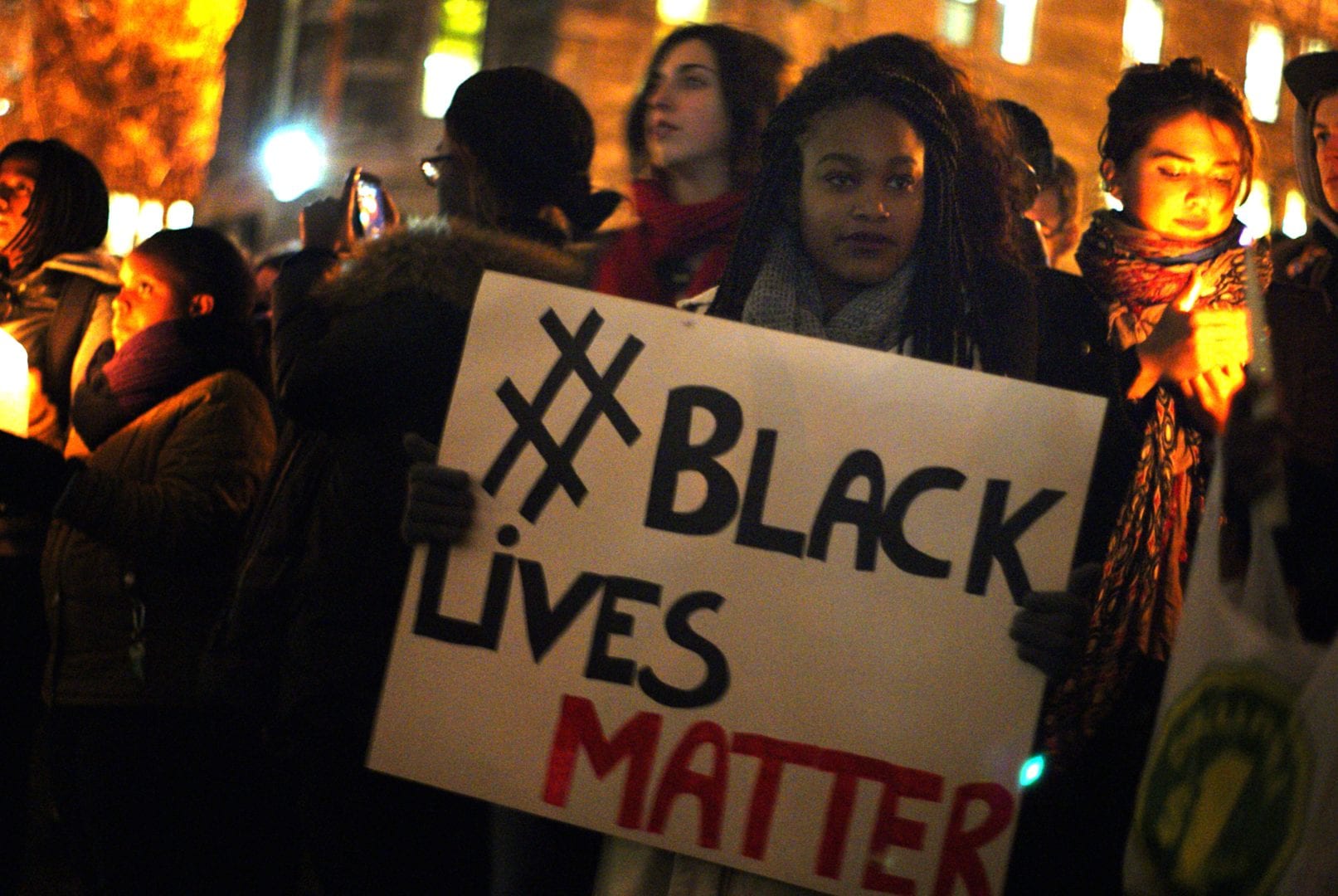 What does it say about the value of Black lives when too many of those lives are in crumbling schools, drinking poisoned water, finding themselves chronically unemployed, or wasting away in prison?

The Black Lives Matter movement may have been born out of police shootings, but what happened on the streets of Ferguson, Baltimore, and Chicago, and on college campuses from the University of Missouri to Amherst was as much about opportunities deprived to a community as it was about depraved police officers.

The link between economic security and social justice is self-evident and historical. Martin Luther King Jr.’s last great struggle was in support of 1,300 striking Memphis sanitation workers. In his last speech, “I’ve Been to the Mountaintop,” delivered on April 3, 1968, King said: “We aren’t engaged in any negative protest and in any negative arguments with anybody,” he told the audience. “We are determined to be people. We are saying that we are God’s children. And if we are God’s children, we don’t have to live like we are forced to live.”

I thought about King and the sanitation workers as I listened to Melonie Griffiths deliver a stirring speech during a discussion on ending racial injustice at the Jobs With Justice (JWJ) conference held in early February in Washington, D.C. Griffiths, the organizing director for Massachusetts JWJ, told a crowd of union and worker activists that she was “the face of the movement.” She was calling out economic depravation and social injustice for what it is: racism and white supremacy.

She echoed Rasheen Aldridge, from St. Louis, who the day before told conference goers that racial and economic justice are connected. The 21-year-old former fast-food worker, who became a leader in the Ferguson protests, said the Fight for $15 movement and the demonstrations are connected by corporate greed and ruthlessness and police harassment and brutality that have been leeching hope and humanity out of people of color.

Melonie’s and Rasheen’s resolve to end the disparities that oppress African Americans brought to mind the struggles of MarShawn M. McCarrel II, a Black Lives Matter activist from Columbus, Ohio, who shot himself on the steps of the Ohio Statehouse on February 8. He was 23. On Facebook, he said his “demons won today.” It sounded so familiar to me, a constant fight for a country to live up to its promise of life, liberty, and the pursuit of happiness.

Fifty years after King’s death in Memphis, America is still one country with two nations, separate and unequal.

Unemployment nationwide is at 5.7 percent, its lowest level in eight years. Yet, Black unemployment is 10 percent, twice as high as the rate among white workers. And this is just the tip of a deep economic imbalance.

African Americans lead in an area where we are too often led: prison. The likelihood of a Black man going to jail or being in prison is 1 in 3; for white men it is 1 in 17, the Sentencing Project, a nonprofit dedicated to criminal justice reform, reports. There also are dramatic disparities among women: 1 in 18 Black women are likely to be locked up, compared to 1 in 111 white women.

Such glaring statistics and anecdotal evidence are receiving more attention. So it should be a surprise to no one that Beyoncé and rapper Kendrick Lamar took powerful positions documenting and affirming blackness on two of television’s most watched events – the Super Bowl and Grammy Awards – as protests against systemic racism.

In performing “The Blacker the Berry” Lamar and several Black back-up dancers were in chains, against a prison backdrop. This wasn’t a “woe is us” moment. As with Beyoncé’s homage to the Black Panthers, Lamar was moving toward defiance and pride.

“As Lamar progressed in the song, he and the dancers released their chains and danced, donned in glow-in-the-dark outfits,” Variety reported. “Lamar moved across the stage to the head of a giant bonfire as he transitioned into his hit ‘Alright,’ performing along with African dancers. Near the end of the set, a picture of a map of Africa appeared behind Lamar, with ‘Compton,’ his hometown, written on it.”

Such actions are fodder for kudos and assaults on social media, mainstream media, radio talk shows, and gab fests among friends at barbershops and coffee houses. But, without real efforts toward economic justice and ending racial injustice, the acts are futile reminders that entertainers are not as powerful as many think.

If public officials and private industry don’t get the message that Black Lives Matter on the streets, inside boardrooms, and in legislative chambers, then something King recommended in that final speech ought to be taken seriously.

“We’ve come by here to ask you to make the first item on your agenda fair treatment where God’s children are concerned,” he told the crowd. “Now if you are not prepared to do that our agenda calls for withdrawing economic support from you.”