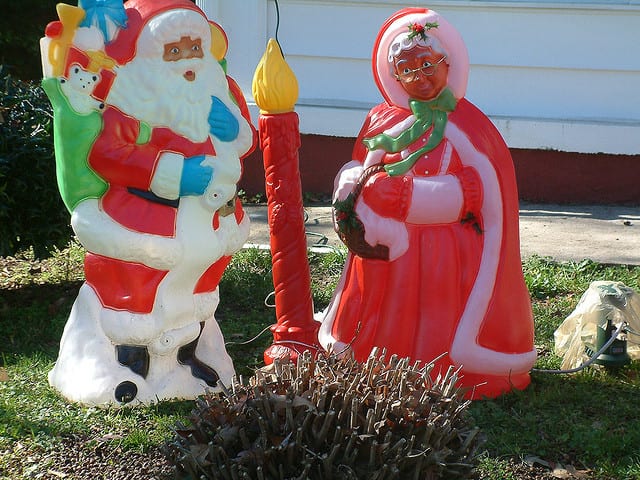 Dreaming of a Black Christmas

But they are gone, all four gunned down by police officers.

So when the call went out to avoid shopping on Black Friday, which landed just days after the announcement that a grand jury would not indict Darren Wilson in the murder of Mike Brown, many heeded the call. Black Friday weekend sales declined for the first time since 2009, though few analysts connected this decline to the boycott.

In the weeks since, protests show no sign of stopping. People from many walks of life have come out to affirm Black life. For many of them, the lack of justice in these cases, coupled with the tragic shooting deaths of Akai Gurley and Tamir Rice in the days before the Darren Wilson announcement, has seemingly turned the world on it’s head.

But the rest of us recognize these deaths as part of a continuum, a legacy of unjustified killings of Black people that can be traced through the entirety of the history of this country. And we are tired. And we are angry.

Direct action and civil disobedience have been a hallmark of this current movement. Indeed, some have even resorted to rioting and property destruction. Hitting the streets to rally and engage in acts of civil disobedience is not a possibility for many in our communities. People with children, disabilities, or criminal records may be reluctant to put their bodies and their freedom on the line. This does not mean that they care less about the issues; it means we have to be creative and diverse in our tactics. We have to create a multitude of ways for our people to plug in.

A new call has gone out. Although it feels like a struggle to get this country to recognize the value of Black lives, it does value our dollars. While Black people are disproportionately affected by poverty, African-American buying power is set to hit $1.1 trillion in 2015. Organizations like Blackout For Human Rights are calling on Black people and allies to extend the Black Friday boycott to the holiday season, to spend with Black-owned businesses and to build together with our families and communities.

It is a call to demonstrate collective power through our dollars, while building collective power through cooperation. It is a way for each of us to take a stand, and not lose the momentum of this movement to the holiday season. It is a call for solidarity with the families of Akai Gurley, Rumain Brisbon, Victor White, and others who have lost their loved ones to police violence this year.

Black artists, developers, and entrepreneurs abound. Let us take a stand and make noise through collective economics. If we stand together and demand justice, maybe the most wonderful time of the year can be wonderful for us all next year.