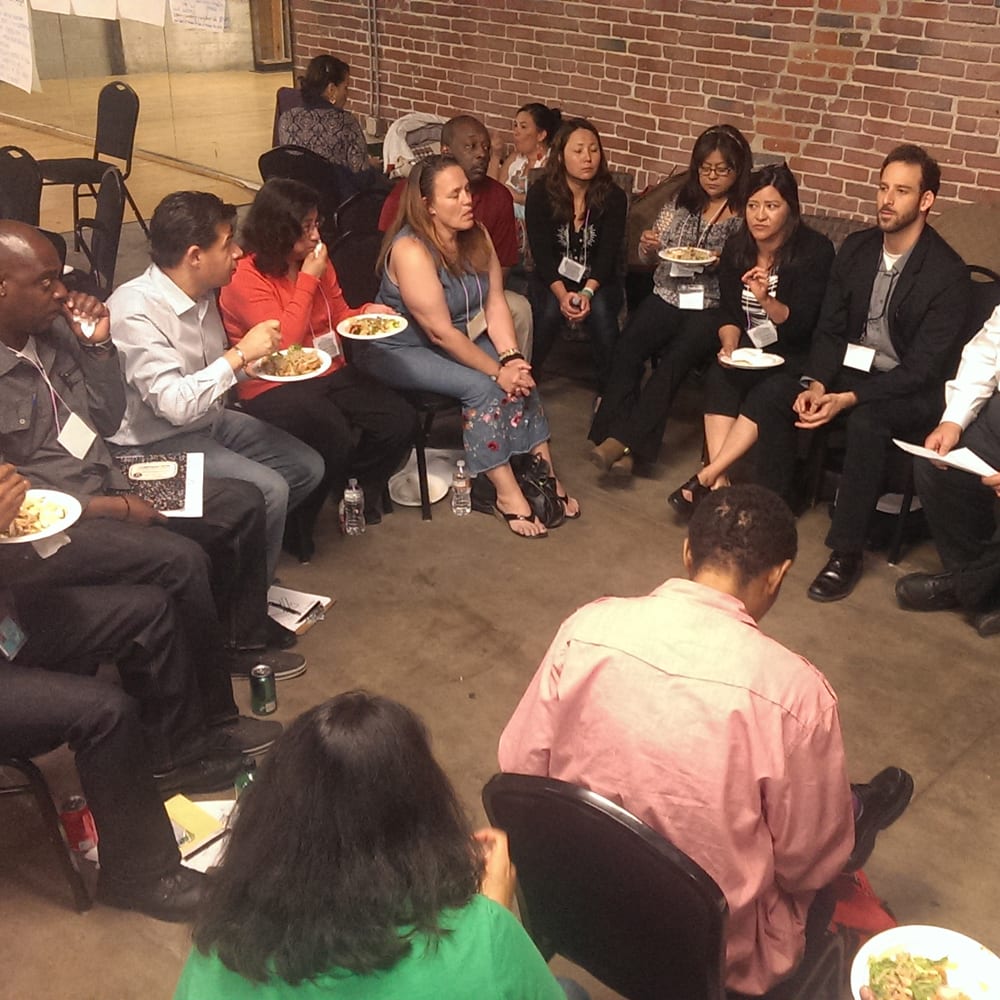 As a member of the New Organizing Practices’ direct service and organizing committee, I have been reflecting on whether service providers have a stronger relationship with the folks who use their services and can that relationship help us to build lasting power.  The challenge is that while most providers are mission-driven non-profits, many times they are meeting strict deliverables to produce whether it is getting a building on-line, having “x” number of people get a GED or serving tons of food.  However, it is their mission that at times can drive organizations to take risks and stand-up against the root cause of the injustice they are trying to alleviate.

As an organizer, I have been guilty of disregarding the work of social service as not addressing the root problems.  And many times, I have even dismissed their efforts as being counterproductive to my work.  Not seeing social services as partners is a mistake.  Many service organizations, like the people they serve, are mostly dependent on the beneficence of the government and, in the case of housing, corporate America.  Whether it is a tax credit housing development or a ton of food from Chiquita, the good work of a service provider can be stopped and sometimes crushed if they speak out against power.

In working with service providers, I have found that most are deeply invested in their mission and want to improve the community in which they are working.  However, like many people who do not spend their day in the political arena, they do not innately know how the system works.  What they do know is how to create community or a trusted space.  Understanding that the service provider brings their own set of skills and sensibilities that can lead to a stronger collaboration.

I have been on the Housing Trust Fund Project for eighteen months working in the distinct areas of California and the South.  Wow, what culturally different environments.  As I have gotten more engaged in the work, it has become clear that California housing advocates have more in common with their sisters and brothers in the South than may be realized at first glance. California is seen as a progressive state leading the nation with policies on the environment, organic foods, recycling, and fuel emissions to name a few.  Hollywood is vilified as a bastion of liberalism by conservatives.  But the underbelly of the Golden State is the skyrocketing numbers of people experiencing homelessness, anti-immigrant sentiment and out-of-this-world housing costs.

In California, we are working on developing a model of shared power and shared learning.   Training resident service staff, residents and community members together with a popular education model that allows everyone to bring what they know best, builds trust and deeper relationships.  The social service or housing developer staff, while not paid to engage daily in the political arena, are paid to be a support to residents and community members.  Our work is to see if we can begin to transform these relationships of staff and resident to a mutual partnership when working to make systemic change.

The Housing Trust Fund Project has begun a similar project with partners in Pennsylvania to engage constituents specifically on the state housing trust fund campaign in which the engagement of service providers in small towns and in rural areas will be key in order to achieve sustainable change. I believe it will be those service providers willingness to take the risk to politically engage their constituents and provide them support that traditionally an organizer would do.

As for our sisters and brothers in the South, the HTFProject and other Community Change staff are working with existing networks, including the direct services.  Through these existing networks and interweaving issue intersections, we can create a collaboration that is building for lasting wins.  For example, in Georgia our partner believes the only way to address the housing crisis of struggling families is to join up with providers and advocates who work on different sides of the economic “Rubik’s cube” of issues that confronts so many families.

My experience in California, Pennsylvania and the South has me convinced that working intentionally with direct service providers as partners who bring a valuable skill of community building in struggling communities is a key element to reaching the scale that significant social change requires with the soul that holds the movement accountable as we tend towards justice.