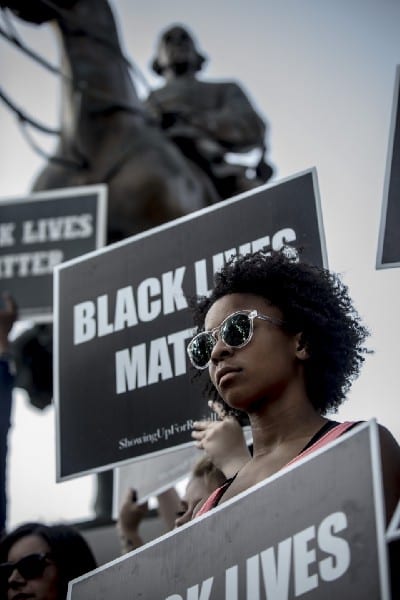 If there’s the will, Memphis leaders can find a way to remove these symbols of white supremacy.

Four ideas on how to take down Memphis’ Confederate monuments now

This article first appeared on MLK50: Justice Through Journalism.

People do exactly what they want to do. I’m fond of saying that and it’s particularly true as the city of Memphis wrestles with how to remove the Nathan Bedford Forrest and Jefferson Davis statues/tributes to white supremacy.

Neither have any place in any publicly funded space and especially not in a city that’s 63 percent black. Their presence is an embarrassment and reveals the hypocrisy of a city trying to manage its public image as the 50th anniversary of Dr. Martin Luther King Jr.’s assassination nears.

On Monday, Bruce McMullen, chief legal officer for the city of Memphis, told reporters that the city will again ask the Tennessee Historical Commission for a waiver so that it can take the monuments down. The commission meets next in October and McMullen warned that the process could take a “considerable amount of time.”

It doesn’t have to take time, though. The repercussions of acting now might be severe, but there have always been consequences in pursuit of justice. (The family of Heather Heyer, who was killed this weekend in Charlottesville, Virginia, allegedly by a white supremacist, knows this all too well.)

So here are some what ifs:

You cannot convince me that there’s no way to get those statues down by the end of the month. Where there’s a will, there’s a way.
What ideas do you have to get the monuments removed now? Hit me up at Wendi C. Thomas or on Twitter at @wendi_c_thomas and use #TakeEmDown.

Living with racism in these times

It is my belief that for black Americans, and other people of color in America, dealing with racism is unavoidable.…

Our Fellow American Citizens Need Food, Water, Electricity And Fuel, Not Paper Towels Thrown At Them.

Puerto Rico needs help: Food, electricity, clean water, clean up and the restoration of its infrastructure. Yet Donald Trump has…

Want To Know Why Athletes Chose To #TakeAKnee? Look At Our Broken Justice System

In an alternate universe, the White House is populated with adroit thinkers who consider that the fastest way to revive…