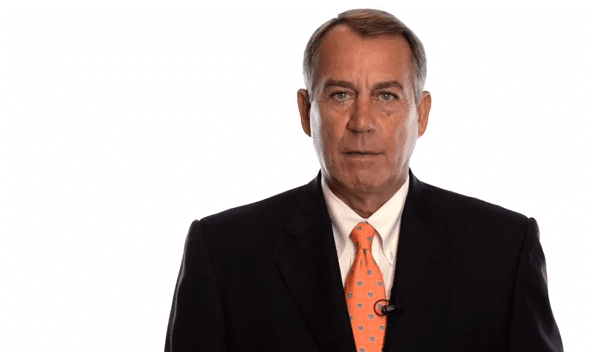 This week, House Republicans released a video in celebration of Hispanic Heritage Month. Prominent House Republicans, including Speaker of the House John Boehner and House Majority Leader Eric Cantor lauded Hispanics for their important contributions to our country and for helping to drive the American economy.

This video comes at the same time that House Republicans continue to stall on immigration reform legislation that would keep Latino families from being separated and allow them to better integrate and thrive in our country. What did viewers think? Below are some of their comments. We’ll let you be the judge.

Melissa Fleck
I’d like to see some real action from the GOP on #immigrationreform and stop giving lip service to one of the most at risk populations in this nation. #thetimeisnow

Kathleen Splitt
Please! Walk the talk by passing immigration reform that allows a path to citizenship.

Kyle Tharp
The best commemoration of this important occasion would be to hold a vote on comprehensive immigration reform with a pathway to citizenship. Everything else seems a little less genuine, eh?

hndtec
Actions speak louder than words. If republicans really value Latinos and our heritage show your good faith and do the right thing. Pass immigration reform with a path to citizenship

Osmar Abad
You cannot possibly appeal to the moral conscience of the Hispanic population while simultaneously encouraging draconian legislation and rhetoric that targets the Hispanic community. GOP, you are not fooling anyone, especially the Hispanic community with the poor reach-out attempt that does no mention of immigration. If you really want to appeal to us, you must pass immigration reform now. We are all watching you and we all know who will carry the blame if this fails.

Charlie McAteer
Show your sincerity by passing legislation that supports and benefits Hispanics and recognizes their contribution to our country: take a vote in the House on a comprehensive immigration reform bill. Anything less than considering a top policy proposal that directly impacts Hispanics is mere showmanship.

rolfy
Enough with these empty gestures. Pass immigration reform already. This video is a terrible joke. Do Republicans REALLY think Hispanics are so desperate that they will settle for this crap. We want POLICY solutions, not sweet talking. Get your Steve Kings and Michelle Bachmans under control and give undocumented immigrants a path to citizenship.