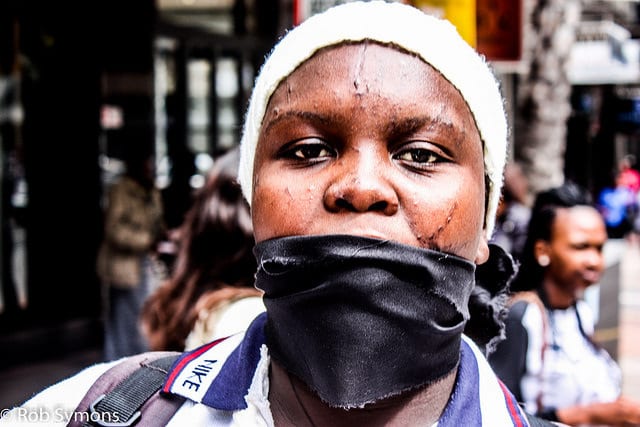 How to Make Your Voice Heard Without Uttering a Single Word

Saturday Night Live has always taken politicians to task with their own way of friendly banter and jesting. And sometimes they take aim at the average citizen, as they did in a recent skit called Thank You, Scott which highlighted Facebook protesting versus real life action.

The routine was funny but also left one to wonder: What can people do to show they care about an issue or a cause? Is there something else folks could be doing even when they are normally quiet by nature? Because let’s face it, not everyone wants to, or can, take part in protests.

One consistent message voiced since the 2016 election is how tired people are. Most of us are feeling exhausted, burdened and overwhelmed by what’s going on in the world. As a result, there has been large and small protests receiving attention in the media. People have been asked to write and call their elected officials urging them to vote on their constituents’ behalf. But what if you can’t protest? What if your job or where you live doesn’t allow you to make your opinions known without threat of retaliation? What if your children would be in danger if you spoke out publicly? What if you don’t have the luxury to be bold and unafraid? What if you’re an introvert? Does this mean you suffer in silence unable to make your voice heard?

As it turns out, no. Plenty of others have found ways to speak up without saying one public word, attending any protest or making a single call. I’m sure by now you’ve heard of the upstate New York cab driver, Victor Pizarro, who was moved to become an ally for immigrants and refugees after witnessing a son being separated from his mother at the Canadian border—a story that hit him close to home. According to Pizzarro, “We can’t be in the business of separating families.”

I’m certain you’ve been moved to help others also but perhaps didn’t know how. Here are some examples of what some people are doing to show their support for social justice causes.

Ashley Cassandra Ford, known to many as @ismashfizzle on Twitter, asked her followers to consider paying off a lunch account at their local schools. People responded and word got around to the tune of $100,000 being raised and donated to various public schools. This landed Ford in the 100 Woke Women by Essence Magazine but more important, it allowed many children to be fed in what we know is likely the most nutritious meal some of them have during the day.

A cool thing you can do today is try to find out which of your local schools have kids with overdue lunch accounts and pay them off.

Pop artist Aaron Paul was inspired to write a song, “Every Life Matters,” and performed it recently at the world famous Stonewall Inn in New York City. Paul’s publicist stated that he just wanted to write about all people, no race, and no nationalities. Something to assist everyone which is even more inspiring considering Paul is openly gay and this administration hasn’t been the leader in LGBTQ rights.

Brenda Carter, a grandmother I spoke to in Charleston, S.C. spends an hour daily praying for our president and nation despite being from an opposing party. She quotes a scripture from 1 Timothy 1:1-2 and reminds us that we are supposed to consider those people who share our values and beliefs but we are also obligated to show care and compassion for those who are different from us, and especially for those in authority.

Another option is to organize or participate in a yard sale and donate the money to charity. Volunteering at your favorite organization or simply paying it forward at your local grocery store or drive-through are other ways a person can help.

A local school in Los Angeles used their mock election vs. national election results to expand the conversation about what do you do if your candidate loses. By allowing the kids to discuss their feelings openly and honestly it has spurred the topic of activism and how you still have your voice heard.

A salon owner in upstate New York uses the time customers are in her chair to start the conversation on immigration or racism especially if her customer is from a different background as she is. According to this stylist, “hair can be a unifier much like music. If someone trust you to do their hair they are likely to listen to opposing views from you.”

Some boycotts might be as simple as making a conscious choice not to buy products from a company or a brand whose politics you disagree with.

I find myself participating in both small and large protests. As a rape survivor I’ve written and added voice to my own personal story for more than a decade but was only recently moved to participate in my first “Take Back the Night” and “Walk-a-Mile” event after hearing the story of a young male rape victim.

Not everyone can march or be loud about their core beliefs but that doesn’t have to halt action. And like the SNL skit reminded us, our action is needed far more than copy and pasting and sharing.

Sharisse Tracey is a writing fellow at the Center for Community Change. You can follow Sharisse on Twitter @SharisseTracey.

I have glitter in the floorboards of my house, paint on every item of clothing I own, no matter how…

Out of Homelessness, A Mom Turns Advocate

Originally published on Rooflines, a Shelterforce blog. Jenean F. and her husband worked hard to achieve the increasingly elusive American…

Originally published by The Progressive.  With the walk-out that led to the resignation of a university president and chancellor, the…