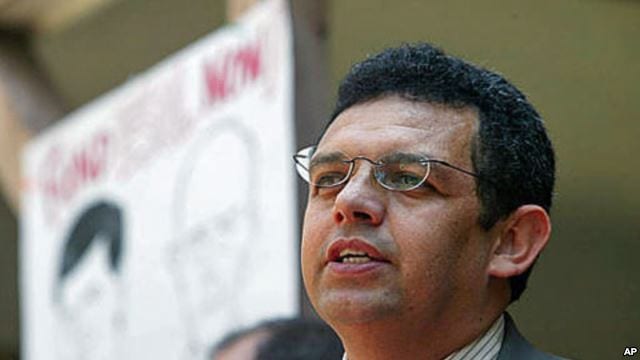 For Latinos, It’s an Economic Imperative

As Nelson Mandela once said: “Like slavery and apartheid, poverty is not natural. It is man-made and it can be overcome and eradicated by the actions of human beings.” And yes, today more than ever the United States needs another war on poverty; indeed, we need to eradicate poverty, and immigration reform and an increase in the minimum wage are steps in the right direction.

For Latinos especially, the struggle against poverty is an economic imperative. This fight is not an easy one. Hence, community actions carried out by families every day are becoming more intense and radicalized. Some of the peaceful methods chosen by the Latino and immigrant movement include strikes, civil disobedience, rallies and fasting.

It is worth learning from the experience of South Americans in their war against poverty in the midst of democracy. Brazil, with its “Zero Hunger” program, is the most extraordinary example. Brazilians have managed to move 40 million people out of poverty into the middle class in the last 10 years. The same experience is occurring in Ecuador, Uruguay and Venezuela.

The fight for comprehensive immigration reform, in addition to bringing respect and dignity for Latinos — which is no small thing — is primarily an antipoverty policy. A study by the University of California, Los Angeles, found that legalized immigrants earn higher salaries, obtain better jobs, start businesses and buy houses. Projecting forward, the study found that immigration reform “will add $1.5 trillion to the gross domestic product over 10 years”. More specifically, the report found that “immigrant workers would have full labor rights, which would result in higher wages — and greater worker productivity — for all workers in industries where large numbers of immigrants are employed.” That’s not a takers’ approach!

Last month in the Washington metropolitan area we made history. The minimum wage will increase gradually starting in 2014 until it reaches $11.50 by 2017. About 2.5 million people will benefit with this development. We must work to mobilize and energize the Latino community to see the same policies implemented around the nation.

Finally, investment in health and education as an effective antipoverty tool for future generations is essential. Investment in early child education is critical to remove Latinos from poverty and discrimination.

But it’s true, “poverty can be overcome and eradicated by the actions of human beings,” and we will make it happen.

Gustavo Torres is the Executive Director of the Fair Immigration Reform Movement partner CASA de Maryland, a community organization that works with low-income Latinos and their families. Originally posted in The New York Times.