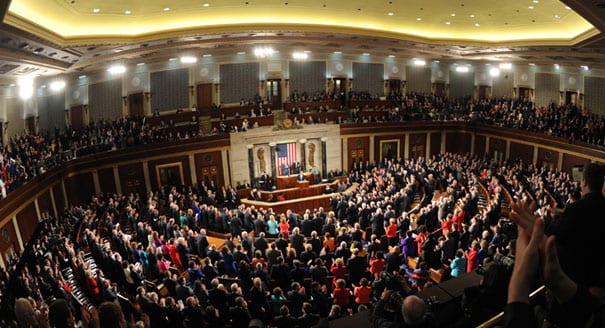 The day after President Obama’s State of the Union address, the Fair Immigration Reform Movement (FIRM), of which the Center for Community Change is a member, asked our Facebook community how we thought he did. “Did he adequately address the subject of immigration reform? What would you have liked to hear more about?” People had a lot to say on the subject:

The overwhelming reaction: disappointment. In his nearly 6,800-word speech, President Obama dedicated just 121 words to immigration reform. A mere paragraph. For those who were looking to the President for hope and leadership after a failed attempt at passing any legislation through the House of Representatives in 2013, the State of the Union was an enormous let-down.

By and large, the movement stands on the side of these commentators. FIRM spokeswoman Kica Matos was quoted saying that while she supports the President’s call to action on immigration reform, the President cannot have it both ways:

President Obama’s de facto family-separation policy — which Republicans all too gladly support — is winning him a shameful page in history: the President who deported two million immigrants. While the President has signaled that he is willing to use his executive authority to advance his domestic agenda, he has refused to do so in the area of immigration reform. We remind the President that he has the power and authority to act to end the deportations that are destroying families, and call on him to act immediately and comprehensively to suspend these cruel policies.

Yesterday afternoon, GOP leaders in the House of Representatives released their immigration reform principles. And while we are glad to finally see some sort of action from House Republicans, we must stick to the values of our movement. The principles offer legalization to undocumented immigrants after meeting a series of rigorous requirements and paying “significant fines and back taxes.” And while a path to citizenship would be available to DREAMers, or undocumented immigrants who were brought to the United States as children, it closes the door to millions of others which would, in effect, create a permanent underclass without the full access and benefits of American society. In addition, the GOP memo states that “none of this can happen before specific enforcement triggers have been implemented.” The GOP principles are heavy on enforcement without prioritizing what matters most: keeping families together.

Nonetheless, continued discussion and attention to the critical subject of immigration reform is a good sign. But we’ve heard all of the promises, and as we’ve seen all too often, promises often go unfulfilled. In the words of Kica Matos, “…we are drowning in principles and speeches. We need real action.” And, we might add, some real leadership.