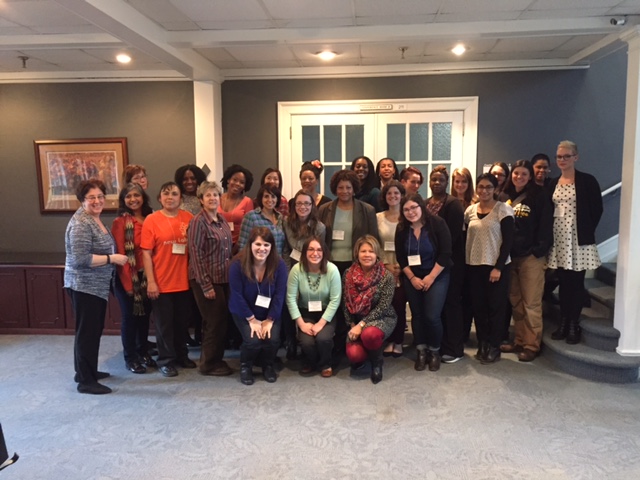 Personal Narratives Can Change the World

This trip wasn’t just another day of traveling for work. I hadn’t been able to travel much at all in the last few years, and hadn’t flown on a plane since a friend gave me a ticket from their abundance of miles seven years ago. I was headed for two days to the East Coast to train with women on how to tell your personal narrative and write effective opinion pieces. Leaving Missoula, Montana, a state unfortunately very lacking in a diverse population, and landing in Newark was incredible. As a person who has written about underprivileged, minority populations for the last couple of years, it’s shameful sometimes to think that most of my knowledge comes from articles that have been published and not personal conversations or experiences. In other words, I am so tired of being surrounded by white people. Just the experience of traveling to a large city was enough. But the trip was paid for by the Center for Community Change, where I am a writing fellow, and I stayed at the Hilton. I suffer from imposter syndrome. But the syndrome might officially be cured after this life-changing experience.

Hearing and seeing other women share their research, stories, and experiences only furthered the importance of writing about and publishing my own. The training was hosted by the Center for Innovation in Worker Organizing and the Center for Women and Work at the Rutgers University School of Labor and Employment Relations and conducted by Jobs with Justice, AFL-CIO, AFSCME and the Scholars Strategy Network. Only 20 percent of op-eds are written by women. The speakers at the training focused on the importance of women changing and reshaping the narrative about women, jobs and poverty that most media outlets convey. It is true that women earn 77 cents for every $1 made by men, but what is often not included in the narrative of unequal pay is that this figure applies to white women. For example, Latinas make 54 cents. Another example of the partial picture often depicted is that 70 to 80% of the population living in affordable housing are women of color, but we don’t hear as often about how half of males leaving prison are homeless. Low-income housing is allowed to “discriminate” against the formerly incarcerated, and there is a great need for raising awareness of this issue. But because it is often brushed aside and lumped under discussions around the homeless, we don’t hear the root causes. We need to be a voice for those populations left out of the general conversation.

Personal narratives are powerful. There are not enough people out there sharing their first-hand experiences. I sat in a room full of women who help under-resourced populations, and when I started talking about my struggles with clawing my way out of the welfare system, some were surprised by the extent to which changes in welfare laws in 1996 made it almost impossible to receive cash assistance. Then I was able to turn to the person sitting next to me, and listen to her story, and not only learn from her experience, but share my contacts to help her possibly place a piece in a publication. People connecting with their hearts, speaking out, means other people can speak out, and that is how change happens.

Thank you to everyone at Community Change for funding this trip. It’s difficult to be a fired-up activist without seeing the injustice of the world first-hand.