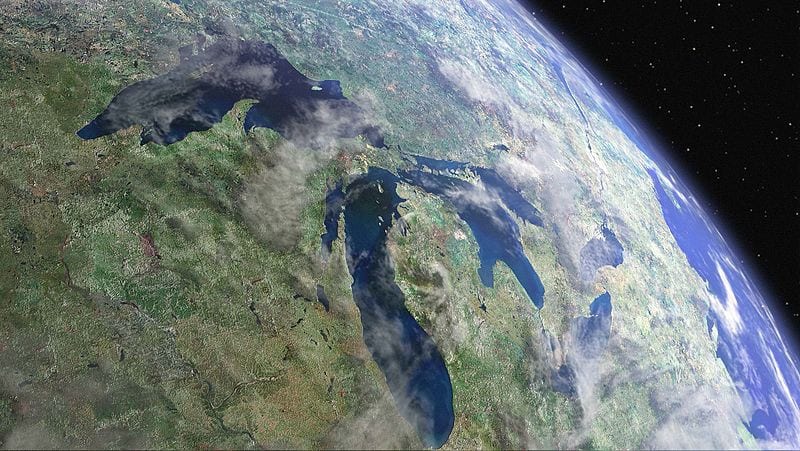 I hadn’t thought about Henrik Ibsen’s “An Enemy of the People” in quite a while. Yet, I couldn’t help but think about the play as I read about the hatchet to be taken to the Great Lakes Restoration Initiative.

Details of the administration’s budget plans propose slashing the initiative’s funding by 97 percent. Lake restoration is going to take more than $10 million a year.

Journalists are the people’s enemy say the president and his aides. It’s an easy soundbite that might be juxtaposed in history when weighed against policies like this.

An outgrowth of President George Bush’s 2004 Executive Order creating an intergovernmental task force, this Environmental Protection Agency initiative got underway six years later as a way to undo a century of harm to the world’s largest fresh water system that provides more than a million jobs and tens of millions of dollars in annual salaries and revenue.

“An Enemy of the People” is a moral argument about competing professional and personal oaths, as well as contesting interests — public health versus economic stability. The play highlights the complications and contradiction of real life, and the alienation of people who stick to their principals in the face of powerful people. Things true in nineteenth century Norway or twenty-first century middle America. (Coincidentally, the local newspapermen chicken out when it comes to exposing corruption.)

Today’s fight is about the contradictory role of government: chop government reach to hasten job creation; preserve a natural resource thrives long past the span of a presidency or a generation.

Since 2010, $2.2 billion has been spent of projects, an investment lauded by Indiana’s Hoosier Environmental Council.

“Every dollar invested in Great Lakes restoration generates between $2 (Brookings Institute) and $6 (Grand Valley State University) in economic returns,” according to the council statement in 2014.

The Lakes create a combined 1.5 million jobs, $50 billion in annual wages, and $60 in annual revenue. It’s “arguably one of the best investments in the United States budget,” the council says.

Rather than cut the GLRI, there appears to be a growing consensus that the White House Office of Management and Budget’s gamble on the Lakes is shortsighted.

The move has sparked bipartisan letters from Congressional delegations, denunciation from organization representing 125 U.S and Canadian mayors, and condemnation from newspaper editorial boards and on op-ed pages in both the United States and Canada.

They know that the Lakes are not ecologically robust. And Toledo’s 2014 water crisis highlights the perilous nature of the fragile ecosystem.

A toxic algal bloom forced a three-day shutdown of water to 400,000 people, a bloom traced to the Maumee River that flows out of Fort Wayne.

Fiddling with the GLRI could have consequences that literally float near my home, which is at the southern end of the Great Lakes basin.

A few miles from my home is Eagle Marsh, a beautiful wetland area.

Last year, the Corps of Engineers using GLRI funds completed a nearly two-mile long, seven-and-half feet tall berm to keep the Asian carp from migrating out of the Wabash River watershed into the Maumee River watershed. The carp moved up from the Mississippi River basins.

Normally there is no connection between the Wabash and Maumee, except when there’s heavy rains that cause flooding that connect smaller tributaries between Eagle Marsh and the St. Marys, an historic waterway just one half mile from my front door.

Invasive species like the Asian carp can cause severe damage to the ecosystem, wiping out other fish species and wrecking commercial and recreational fishing industries.

Asian carp would’ve been just one more issue for the St. Marys, one Indiana’s most polluted rivers, loaded with fertilizer phosphorous, livestock runoff, and industrial waste.

The river is one of the two tributaries — the much cleaner St. Joseph is used for drinking water — that form the confluence of the Maumee in downtown Fort Wayne.

The Maumee is the largest watershed of any Great Lake river, and treks northeast for 137 miles into Lake Erie. Along the way it picks up fertilizer phosphorous from farms in Indiana and Ohio.

In 2014, record spring rains pushed the runoff into the river, that year’s algal bloom, and Toledo’s water crisis.

It’s not easy changing practices in places where traditional methods are what have kept families and communities from disintegrating.

From that perspective, I have lived 21 years of my life within two hours drive to Lake Michigan; in Milwaukee, my wife and I often enjoyed walking from our apartment off Brady Street down to Lake Michigan.

From my home in Fort Wayne, I’m also about two hours drive from the shores of Lake Michigan, and the northern tip of Indiana Dunes National Lakeshore and Indiana Dunes State Park. The shore is a 25 mile expanse between Michigan City and Gary. We’ve had our share of “staycations,” and two have been day trips to the shores.

The Dunes draws nearly 3 million visitors a year from all over the world to a state where tourism is the sixth largest source of income.

The first time, Mark, was just a toddler. It was a spur-of-the-moment look-see on the way home from Chicago. We three decided to wade out and let the waves break against our legs. It was cold. Mark squealed. We al laughed and ran back to the warmth of the sand.

Last year, my wife and son took a day trip together. She’d spent the last six years working on her doctorate at Purdue and working full-time as a sociology instructor. For a middle-income family, a picnic, sun, swimming and laughs at the Dunes were an elixir for the intensity of modern life.

By spoiling the Lakes, the administration may eventually find themselves an enemy by the very people it said it wanted to serve better than Washington had before.

This article first appeared on Medium.

The Dismantling of the EPA Should Really Worry People of Color

It matters because so many of us often live near toxic facilities...