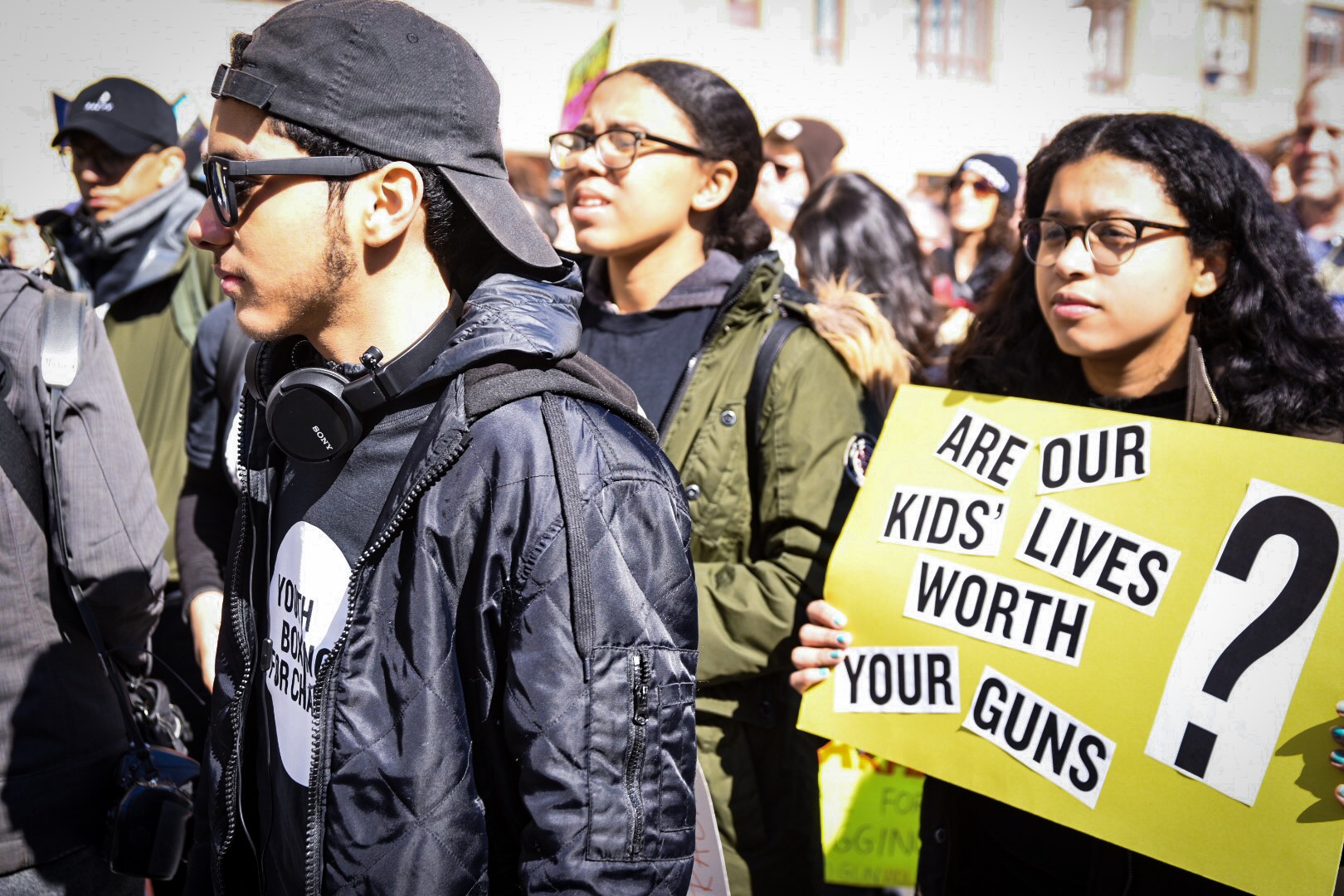 We been marching: Centering black and brown youth in the fight against gun violence

While recent media coverage has focused on the young white victims of high-profile mass shootings like the Feb. 14 massacre at Parkland, Florida high school, for the black community, gun violence is nothing new. In fact, according to Million Hoodies, an organization building the next generation of leadership to fight anti-black racism and systemic violence, guns kill 10 times the number of black children each year than they do white children.

It’s about time that the country centers and elevates black and brown youth activists in the discourse about ending gun violence.

After the shooting at Marjory Stoneman Douglas High School, which claimed 17 lives, I felt tired. Tired of all the shootings and inaction. It feels like a culling of young voices that could otherwise join a chorus of dissent as they grow up.

I was heartened by the national outpouring of love and solidarity for survivors who took up the charge to fight the scourge of gun violence. The youth at Stoneman Douglas helped spark a national dialogue. But although 11 percent of the school’s student body is black, we saw hardly any of those youth in the lead-up to the March for Our Lives rallies across the country held in March.

Although black organizers rallied thousands of black youth to attend Washington, D.C.’s March for Our Lives, the major press overage leading up to the weekend centered white kids, with the exception of Parkland shooting survivor Emma Gonzalez, a Latina who is often read as white. I’m thinking of the widespread impact of the TIME magazine cover that went viral and made it seem like they were the principal leaders of the anti-gun violence movement.

Not to sound cynical, but when it’s time to perform, people always want black and brown faces on stage, but when it comes to the global face of a movement, it remains white. As the saying goes, the medium is the message. So what does that TIME cover say? Is there a version for Chicago youth fighting gun violence?

Just one of the Parkland survivors of color, black youth activist Aalayah Eastmond, played a lead role in the June 2  Youth Over Guns March in New York, which is a sign of progress.

Looking back, black youth have always shown up and turned out to resist gun violence, whether it’s in the street or state-sanctioned. Yet too often we limit the gun debate concerning youth to schools, when black and brown kids are too often shot and murdered by police in our communities.

Concerned that youth of color would be absent or underrepresented at the March for Our Lives rally in New York, I, with a group of organizers – including , Million Hoodies for Justice, Girls for Gender Equality and Women’s March Youth – led a cohort of youth of color to attend.

But the way we receive black and brown youth activists is radically different than how we receive their white peers. Most white people do not assume that police on a scene would be hostile, but youth of color cannot assume the same.

When we arrived with 50-plus youth, the police initially tried to bar our entry, even though we’d been invited by the march’s organizers.

Marchers were fenced in by steel barricades at every block and on every side. Inside what felt like a pen, we were watched by hundreds of cops. For the mostly white crowd, this equaled safety.

Once inside, it was a positive experience in that we were able to hold space together and participate in a vital national moment, but the diverse participation in Washington was absent in New York.

After the rally, the main message I heard from youth and parents of color attending was this: Thank you for creating a safe space for us, or else I would not have come.

According to Everytown For Gun Safety, black Americans make up 14 percent of the U.S. population but are the victims of more than 50 percent of all gun homicides. Why aren’t we the national face of the fight to end gun violence?

For decades, black and brown youth have fought for gun reform, police reform, progressive policies around gun access and restorative justice – so why aren’t their faces the ones that evoke sympathy and gain recognition in the gun reform debate?

Why? Because anti-black racism has always normalized the murder of black and brown children and the fight to redress that continues.

We need to talk about this contradiction loudly and often.

It’s not just about choosing the right acne-free face to stand in for intersectionality, this is about a vigorous commitment to our children – all of them. It’s also about media outlets picking up on this message and making it clear that if we are to solve this problem we must both center the most affected and support their leadership with our dollars.

To be fair, I think white youth in this moment have been impressively supportive of their black and brown peers, collaborating and sharing knowledge in valuable ways, such as  highlighting that most gun deaths do not happen in mass shootings and increased policing can be life threatening for people of color.

But if we are to end this crisis, the folks with the skills, strategies and long-term commitment are black and brown… And we been marching.

First image: Young people from Youth Boxing for Change joined the contingent of color at the March for Our Lives rally March 24 in New York. Credit: Michelle R. Smith of Limited Ink Photography

Agunda Okeyo Presents Sisters of Comedy showcase  June 6 at Carolines on Broadway in New York was co-sponsored by Million Hoodies Movement for Justice (MH). MH is a chapter-based organization whose mission is to build next-generation human rights leaders to end anti-black racism and systemic violence.