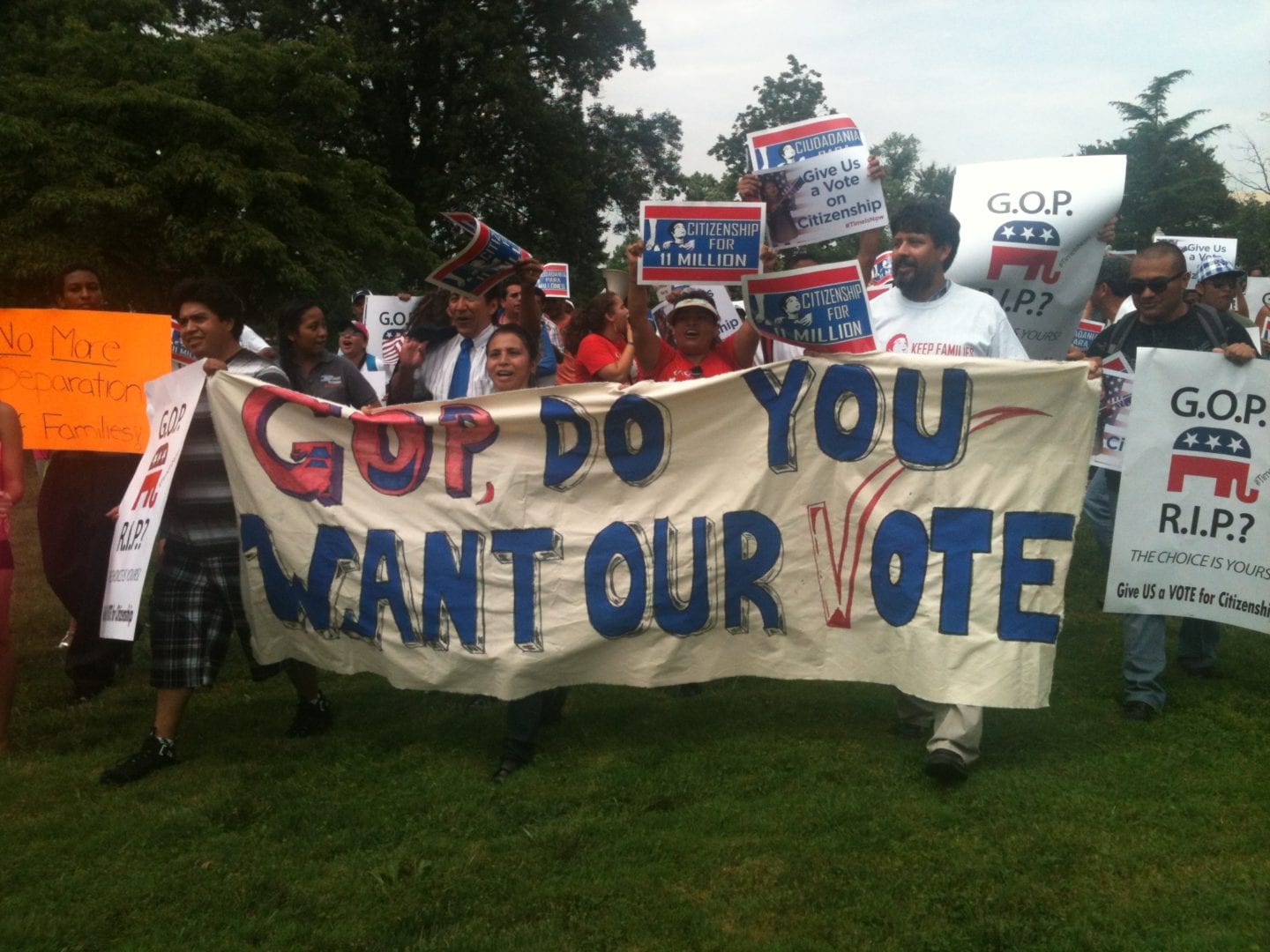 Congress must move quickly on immigration

What does it take to get Congress to listen?

On April 10, more than 100,000 people from 31 states descended on the nation’s Capitol to send a strong message that now is the time for immigration reform.

Thousands of immigrant families knocked on Congress’ door and met with policymakers while in Washington, telling their stories about the urgent need for compassionate, comprehensive legislation.

500,000 people have contacted their Senators over the past few months, urging them to act on a path to citizenship for the 11 million undocumented men, women and children living in our country.
Labor, civil rights, environmental, LGBT and other progressive leaders and activists joined immigrant rights organizations to demonstrate their solidarity and a commitment to reform.

Public opinion clearly shows that voters want to change our inhumane and broken immigration policies that tear families apart. A recent poll by The Washington Post showed that 70 percent of all voters support creating a path to citizenship.

Families across the country resoundingly support immigration reform, so why is Congress stalling?

Several months ago, the Senate’s “Gang of Eight” held a press conference to announce their immigration principles. They said to expect a bill in early March. No bill was introduced.

The Fair Immigration Reform Movement – a coalition of the largest immigrant rights organizations – set a deadline of March 21 for a bill to be introduced. They missed that deadline too.

We do not take seriously promises in the press that a bill is just around the corner.  Promises to our families have been made year after year, election after election, news cycle after news cycle.  All of those promises lie as shattered as every family who is missing a mother, a father, a sister or a brother.

No promises, excuses or spin can counter these two facts:

2. Our families remain under the siege of a broken system and our communities continue to be devastated by overzealous enforcement by the Immigration and Customs Enforcement.

Every day that Congress fails to address our broken immigration system, 1,100 families are torn apart, workers continue to suffer abuse and children are traumatized by the loss of a parent.

As our families continue to suffer, our communities are getting more frustrated and angry at the politicians delaying progress. Politicians must choose people over politics.

At the April 10 rally, we heard from a mother, Elia, who has fought for six years to be reunited with her three children. We heard from a 17-year-old immigrant from Colombia, Kathe, whose mom is working two jobs so that she can go to college. She inspired the crowd to action when she said, “It is unacceptable that the system does not recognize my mom for who she is because we don’t have legal status. I am tired; tired of seeing my mother being oppressed and denied of work opportunities, not because of her skills but because of a nine digit number that apparently defines a person in this country.”

For Elia, for Kathe, for the 11 million families living in this country without legal status,  we cannot wait any longer.

We expect our leaders to lead. The Gang of Eight and the entire Congress must realize that we will not be silent while lives hang in the balance.
The rally on April 10 delivered a resounding message: Now is the time to pass immigration reform that includes a path to citizenship.

Granting the 11 million undocumented immigrants in this country anything less than full citizenship undermines the foundations of American democracy, which are built on the idea that all people – regardless of skin color or country of origin – are created equal.

Matos is director of Immigrant Rights and Racial Justice, Center for Community Change.

Originally posted on The Hill