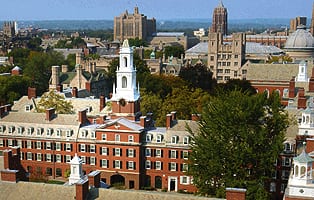 Yale recently suspended plans to create a center in conjunction with the Department of Defense that would train U.S. soldiers in the art of interrogation by using immigrants as their guinea pigs. The basis of this center raises serious ethical and moral questions. Although Yale has suspended their plans, a program like this shouldn’t get off the ground anywhere.

Our nation has a sad history of exploiting minorities in the name of science, and the selection of immigrants as the “test subjects” for this exercise homogenizes a group that is as diverse as our nation and perpetuates myths about minorities. According to their website Yale University is a place of “compelling change,” but this isn’t change, it’s a throwback to the Tuskegee Experiment.

At a time when Americans are uniting to support immigrant rights, it is shameful for a prestigious university like Yale to further marginalize them. The Director of Immigrant Rights and Racial Justice for the Center for Community Change, Kica Matos said to reporters, “New Haven has a proud history of supporting its immigrant population. We’ve worked hard to create a thriving community where immigrants are respected.”  This program shouldn’t only be suspended, it should be scrapped entirely.