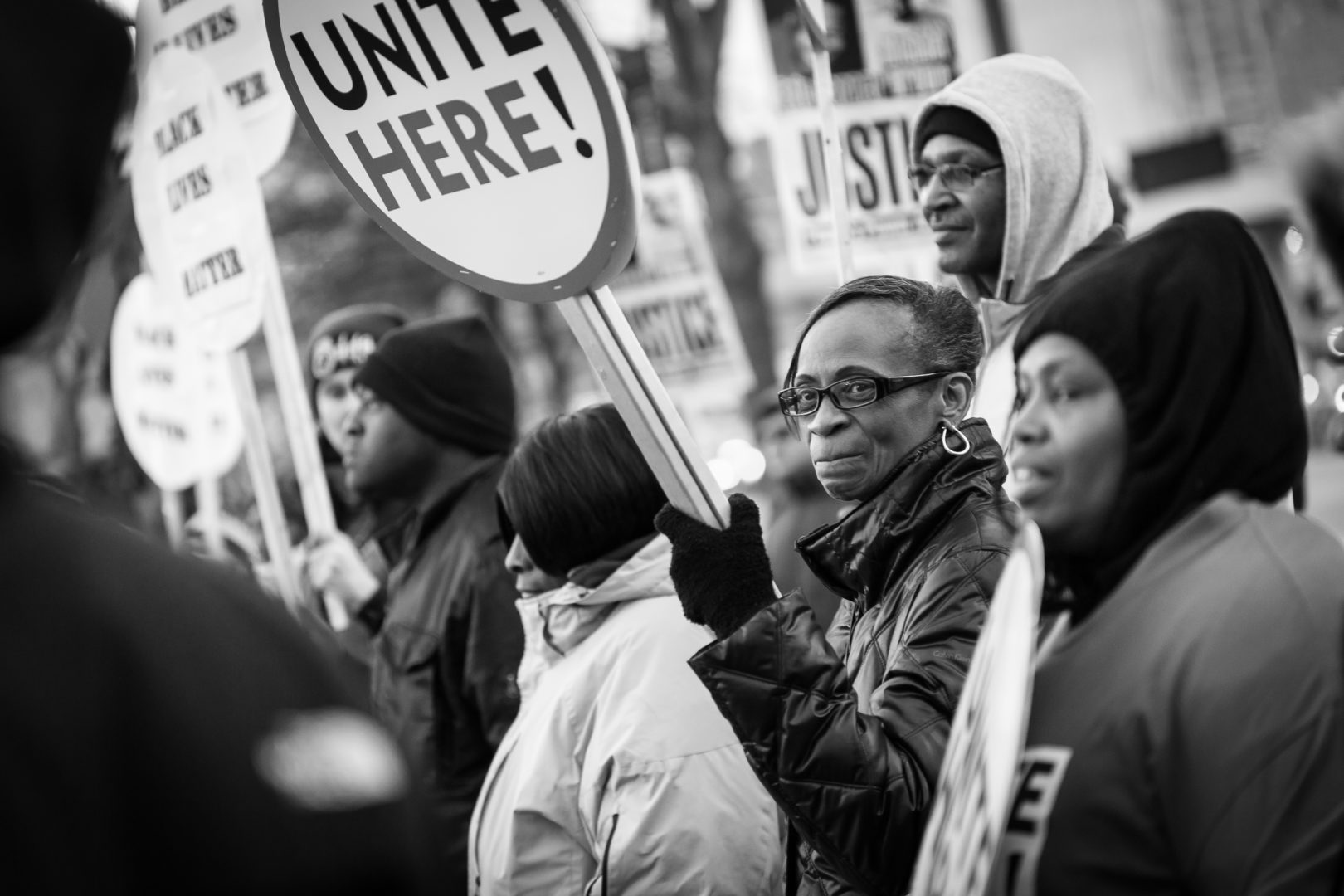 About 13 years ago, I lived in Charleston, South Carolina, where I was trying to make ends meet as a freelance writer.  The going was tough. I moved to the Eastside where the rents were lower, and the paint was peeling off the old manor-style houses. Soon, I noticed that friends were reluctant to visit me. At night, I heard the “pop-pops” that I wished were firecrackers, but knew were gunshots.

You probably aren’t familiar with the Eastside of Charleston, but you know a place like it: It’s segregated by race, and associated with poverty, crime, and violence—derogatively called “the ghetto” or “the ‘hood.” It’s the part of town that you have been cautioned to avoid.

More and more Americans who struggle to get by are living in these marginalized, disinvested communities where jobs and educational opportunities are scarce, and an increasingly militarized police force is the primary contact residents have with government. But for two years, Americans have been expressing confusion as one neighborhood after another—from Milwaukee to Baltimore to Ferguson to Charlotte—are rocked by protests, looting, and riots after the police shootings of unarmed black men.

Is it really a surprise that many of the renewed outbreaks of civil unrest have taken place in these communities?

Although the impact of living in high-poverty neighborhoods has been well documented, it’s hard to fully explain the toll it takes on a person’s body and soul. Frustration over high prices, high bills, and high unemployment rates is worsened by the bane of many a poor community—the local drug economy.

The vast majority of my neighbors, young and old, did their best to avoid the drug trade. My next-door neighbor was so overprotective of his two daughters that he refused to let them leave the house after 7 p.m. I knew many teenagers who resisted it for years, but faced with no prospects for their future, or for good jobs with good pay, they decided “to go to work”—usually in the summer when they were out of school. Dealing drugs was the neighborhood summer job program. And for many young neighbors who were expelled from school (because administrators are more likely to punish black students than provide more holistic help), the drug trade was less an alternative than an inevitability.

Outsiders often criticized Eastside residents for not taking care of their own community, or not doing enough to stymie the drug trafficking. This victim-blaming ignored the roots of the drug problem—the lack of opportunity, racism, and economic forces outside of residents’ control—and it ignored the role that outsiders played. It was common to see long lines of cars that clearly belonged to nonresidents (that is, mostly whites) trolling every night to the wee hours of the morning, looking to score drugs with no concern over the consequences for families, mothers, or children trying to sleep.

I eventually saved enough money to leave the Eastside, but not much has changed since I left. The kinds of investment in the community that would have convinced me to stay didn’t exist (and still don’t). It was no wonder that those of us who lived there believed the city, state, and even the nation did not respect—or even consider—our humanity.

The Eastside is hardly unique. If you look at the statistics associated with any of the marginalized, predominantly black communities in cities that have erupted in civil unrest, a pattern becomes clear. In Baltimore, an overwhelming majority of public school students qualify for free or reduced-priced lunches (which are often used as a proxy for students’ socioeconomic status). The median income in Freddie Gray’s own neighborhood is just $24,006 a year.  A Department of Justice report on Ferguson, Missouri confirmed that the municipal police department engaged in poverty exploitation by targeting blacks for traffic violations, singling them out in a city where 53% of blacks live in poor neighborhoods. Milwaukee has been called one of the most segregated cities in America.

There’s an obvious solution for these communities (and it isn’t gentrification, which simply displaces generational residents). The solution lies in more targeted investments—for example, in jobs or education programs—that give people a chance to succeed. The bleak situation for the 13.5 million people in high-poverty neighborhoods must be ameliorated, or else somewhere, sometime soon, civil unrest will break out again.