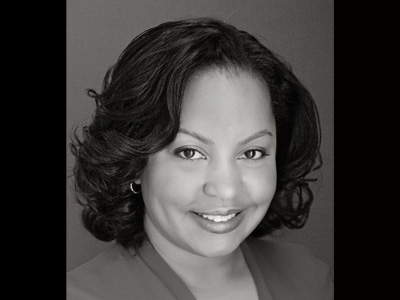 Andrew Foles*, a 25-year-old retail associate at Macy’s in San Francisco, says he would prefer to work full-time in order to budget his monthly expenses. Unfortunately, in today’s retail industry, that’s not an option.

Andrew, who has worked in a number of retail chains, says in most retail jobs he’s had, finding a full-time schedule and consistent hours has been difficult.

“You never know how many hours you’ll work each week,” he said, calling to mind a new saying in retail circles that people who work in retail are no longer living paycheck to paycheck, but hour to hour.

“Older members could make commitments, buy cars and houses and have kids,” he said, explaining that he finds it difficult to build the sort of stable life that people could several decades ago working in the same position.

Indeed, a position in retail was once a secure, middle-class career, but with perks like double pay on Sunday, 10% premium pay for working late nights and double-time on holidays disappearing over the last several decades, the job has gone from a position that could help Americans reach economic stability to one where working 40 hours is considered an unexpected perk.

Andy Burleigh is a Macy’s associate who started with the company in 1967 and has seen firsthand how business has changed in the retail industry. “If you want to be in the retail business, you better find a company that will back you,” Andy commented.

Over the span of almost 50 years in the industry, Andy has seen how communications from upper management to sales associates has deteriorated. “It certainly changed,” he said, explaining that they used to have “more communication with management upstairs. People worked together instead of relying on computers.”

Andy is referring to the recent trend of using online scheduling systems in retail that claim to predict customer traffic and provide hours according to customer needs. “Now shifts are four hours,” Andy said. “These people don’t even make enough to pay their [union] dues, let alone bills, food and transportation.”

“Hours are now very pathetic because [employers] use them against you,” Andy continued, explaining that the retail culture in which many employers operate provides hours according to favoritism, which could depend on subjective factors like an employee’s personality.

“Management has employees over a barrel with hours now,” he said.

For employees like Andrew, a consistent work schedule from month to month could help him budget his living expenses and allow him to budget the $300 to $400 a month he sends home to pay for his father’s health care.

Andrew experiences an influx of work during the holiday season from holiday shoppers, but knows that January through March will require him to pick up extra work. “You’ll have to find another job for sure,” Andrew said.

Although he consistently works 30 hours a week, most of his income is sales-based, meaning that during slow seasons, many of those hours will be compensated at San Francisco’s minimum wage.

Full-time work can be a difficult thing to find, but it benefits workers beyond the obvious. It provides them with an opportunity to afford health care, balance family life and allow for other endeavors which could include furthering education, or, for those that truly need it, juggling a second job.

“If you’re just a salesperson,” Andrew said, “I don’t feel like it’s a career because it’s unstable.”

Andrew hopes for more stable work at a living wage, but knows that until the job market improves, part-time work will be what’s in abundance.

“It’s different from past generations,” Andrew said. “Our generation is more competitive and opportunity is a tiny window that only a few can reach.”