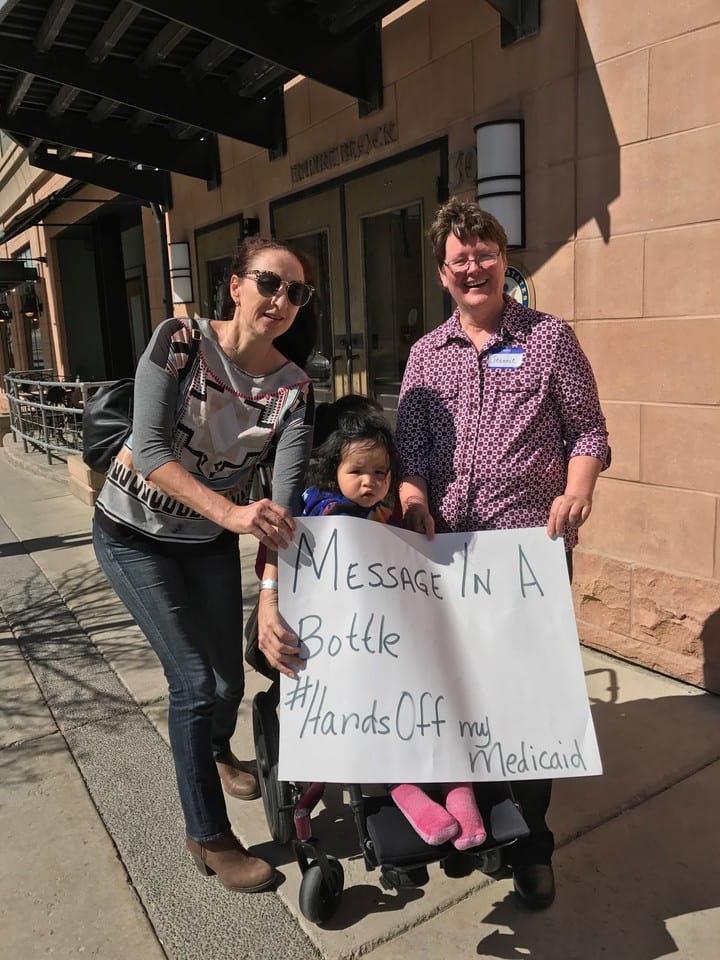 Although for now, the Affordable Care Act (ACA) has escaped the wrath of Republicans, they are still intent on making good on their promise to repeal and replace it. I’ve watched with worry and fear for the families that may lose their health care under the proposed GOP bill. I know firsthand what it means to face a moment when you need a doctor the most and might not have access to one. When I was 19 years old, I was almost ready to give birth to my first child and had no health insurance.

The value of affordable health care wasn’t lost on me because I grew up with a sick parent who spent his life in and out of emergency rooms and hospital beds. I worried what lack of proper prenatal care would do to my unborn child. The thought of labor and delivery without any coverage added to my stress levels after learning the cost of what they called, “cash births,” at the local hospitals. A pregnant woman needed to make down payments to secure a safe place for birth and those balances had to be paid off prior to a due date. If you somehow were allowed to give birth, without coverage, you would be discharged with astronomical hospital charges and harassed until full payment was received. My first trimester was fraught with fear, anxiety and uncertainty—none of it was good for the baby growing inside of me.

My husband and I hadn’t planned the pregnancy, and as a newly married couple, we didn’t have money saved. He worked as a waiter while I was working full-time as a receptionist for a real estate company. They promised health insurance when I was hired but didn’t give it. We worked feverishly to downsize our expenses, including selling our car and curbed spending. But none of that was enough. The mental anguish made me physically sick. By my second trimester I had to get on Medi-Cal—California’s state funded insurance for low-income families.

Medi-Cal offered hope for my unborn baby and me. The doctors were pleasant and provided monthly prenatal checkups, which in my case included frequent additional testing due to our families’ medical histories. All the staff and medical providers were highly skilled and knowledgeable offering such referrals to programs like Women Infants and Children (WIC), a special supplemental nutrition program that educated new mothers on nutrition, breastfeeding and family wellness. Every doctor was patient, kind, caring and attentive and provided us with the best possible care. All of this gave me a little peace at a time that was very nerve-wracking and scary for a 19-year-old.

After the horrifying prospect of labor and delivery without insurance, I was relieved and grateful for the state funded assistance that provided my coverage and the doctors who cared for me. When labor came, a few weeks early, I was as prepared as any young mother could be. My child and I were in the best possible hands with the added bonus of delivering in a safe, clean and secure hospital. The staff was pleasant, empathetic, and accommodating to my husband and me. My positive delivery experience was possible due to the state funded insurance that was afforded to me.

I am incredibly grateful and proud to say my family is healthier and better for the assistance we had at a great time of need. Instead of trying to scrap Medicaid altogether, Republicans should work to strengthen it and consider hiring those who have utilized these services successfully. It appears that at least for now, some Republicans understand what a disaster their proposed bill would be to the American people leaving millions without healthcare and our most in need at further risk.

Had it not been for programs such as Medicaid, I would not have been able to afford having my first child. Having quality access to healthcare helped give me the fortitude to keep going as a young mother and eventually obtain insurance on my own, which ultimately relieved me from needing any further assistance at all. With any luck, the current efforts to eliminate the only healthcare option millions of Americans have, will continue to weaken and hopefully disseminate. For now, we can celebrate this small victory in the war on maintaining the ACA and know that our efforts to protect our most vulnerable Americans are not in vain.

Sharisse Tracey is a Communications Fellow with the Center for Community Change Action. She is also an Army wife in upstate New York, mother of four, educator and writer whose work has appeared in many publications including The New York Times, The Washington Post, Salon and Essence.Her life story has been featured in an off Broadway play, NOT SOMEONE LIKE ME, which chronicles five stories of sexual assault survivors. She’s is an activist focused on domestic violence, sexual assault, autism awareness, military families and equality in education. You can follow Sharisse on Twitter @SharisseTracey, and on Facebook.