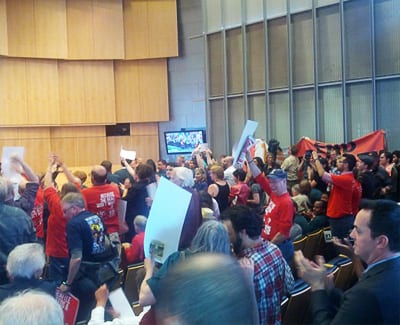 There have been a lot of minimum wage victories in the news lately. Yesterday, the Seattle City Council unanimously voted to raise the city’s minimum wage to $15 an hour.

The victories prove that raising the minimum wage is embraced by the majority of Americans and it shows that when many different groups—labor, business, community, progressive and nonprofits—band together, the power of the people is heard.

Community Change Action is proud to have worked with allies on these victories, and we are committed to raising the minimum wage so that everyone makes a fair wage that provides them with enough money to thrive and save for the future.

The past two weeks have highlighted the hard work being done by our allies. Click here to congratulate Seattle on this groundbreaking victory, and stay tuned for more news on our minimum wage efforts!