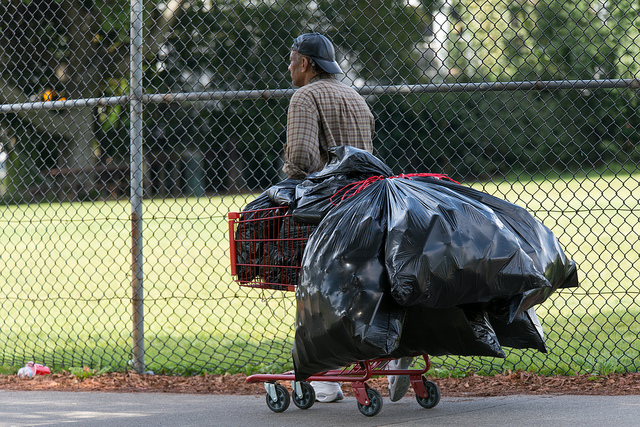 My heart aches to see the struggle on Skid Row

The Housing Trust Fund Project team spent much of the last week of June in Los Angeles and stayed at a hotel directly adjacent to Skid Row. Each team member was profoundly impacted by the experience. If you have not been to Skid Row, it is hard to describe. There are so many people living on the street—by day, there are hundreds of people, and as night falls, it becomes clear that this 10-15 block stretch of the second largest city in the United States is home to thousands.

Every trip to Skid Row has been heart breaking, but for many reasons this trip was the hardest to handle. I broke down sobbing three to four times during my vacation in the week that followed, thinking of all those people who somehow have to survive in the cruelest environments—the young people, old people, so many people of color, so many people with disabilities, so many people that come nightfall the broad sidewalks are practically impassable with everyone sleeping. Every night.

I have an image of a gentle, old man carefully unfolding his tent and setting it up at dusk as my colleagues and I returned from dinner.  His actions seemed so normal, practiced, and efficient. How can it be that such an inhumane reality be normal, practiced, and efficient? The tears are rushing back to my eyes.  We do not have an answer that is good enough, quick enough. My heart aches.

Michael Anderson is the director of the Housing Trust Fund for the Center for Community Change.