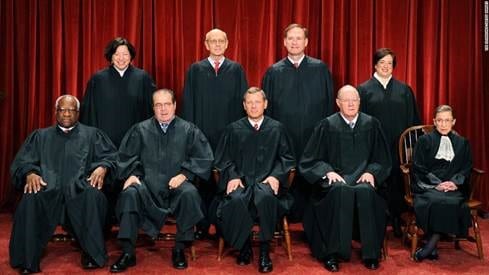 Not same-sex marriage, not the Affordable Care Act, that OTHER Supreme Court ruling!

This has been a big week for the United States Supreme Court. Major decisions given over the past two days: to keep in place the Affordable Care Act’s current tax subsidies, effectively maintaining affordable access to health care for millions and that “same-sex marriage” will now just be called marriage across all 50 states.

A big victory that has been less prominent in the media is the ruling to uphold the 1968 Fair Housing Act, which allows Americans to live where they choose and protects them from discrimination in housing based on race.

“We live in a more segregated society today than in 1968 when the law was created. The Supreme Court’s decision protects the rights of families, people of color, immigrants and people with disabilities to live in the communities they choose,” said Michael Anderson, director of the Housing Trust Fund Project. The Housing Trust Fund Project, created in 1986, is a special initiative of the Center for Community Change, which works  to make housing affordable for all families.

The court ruled 5 to 4 that housing discrimination is illegal, even if it is not intentional. This case made it easier for real families to state their case of housing discrimination without having to legally prove that the government, banks, or other entities had conscious intent – which as ThinkProgress calls it “an often impossibly high legal bar.”

“The Supreme Court made the right decision for working Americans today when it ruled that Americans have the right to live where they choose without fear.” said Anderson. “This is a victory for opportunity, but in order to have equity in access to a home we need to deal with the imbalance between the cost of housing and what people can afford. The solution will be a raise in wages for working Americans, developing new affordable housing, and increasing the social and economic support for those still struggling for basic necessities.”

Learn more about the work the Housing Trust Fund is doing to elevate the voices of these families to keep their homes and to live: http://housingtrustfundproject.org/.