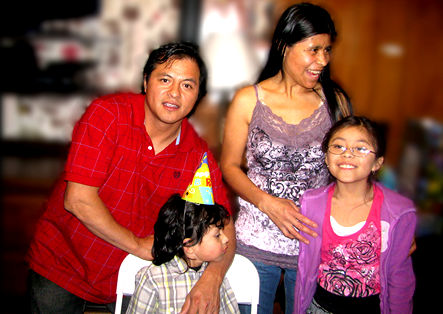 Reminding Congress That the Fight is About Families

Now that the long-awaited immigration reform bill has been introduced, the real work begins. Amendments to the bill are now available online for public review. Tomorrow, the process known as markup will begin, in which the Senate Judiciary Committee will review amendments and debate and rewrite the proposed legislation.

To ensure that critical changes are made to the bill, such as expansion of the right to reunite, restoration of the family visa program and expansion of the path to citizenship by shifting the date of presence requirement, the Center and our allies will be working tirelessly to put pressure on Congress and remind lawmakers that, in the words of Angelica Salas of the Coalition of Humane Immigrant Rights of Los Angeles, “This fight has always been, and continues to be, about our families.”

Families affected by deportation will be attending hearings and holding vigils outside Congressional buildings throughout markup. Congressional offices will be flooded with lobby visits from hundreds of family members. Legislators will be receiving tens of thousands of photographs of families that will be impacted by the bill, all in an effort to keep the stories of families like Silverio’s a top priority.

Silverio is married with two children both born in the United States. In 2009, he was forced to leave his family and return to Guatemala, a country he left to escape extreme violence. In his absence, his son began struggling with developmental delays, likely as a result of lead poisoning and potentially autism. Upon his return, Silverio was devastated to find that his son’s speech had regressed to the point that he no longer called his father “papa.”

Despite these challenges, Silverio continues to fight for his family. He received his GED in 2012 and is currently working toward a degree in computer engineering. Everything he does, he says, is so that his children can have the best opportunities to thrive and continue to live a good and meaningful life here in the United States.