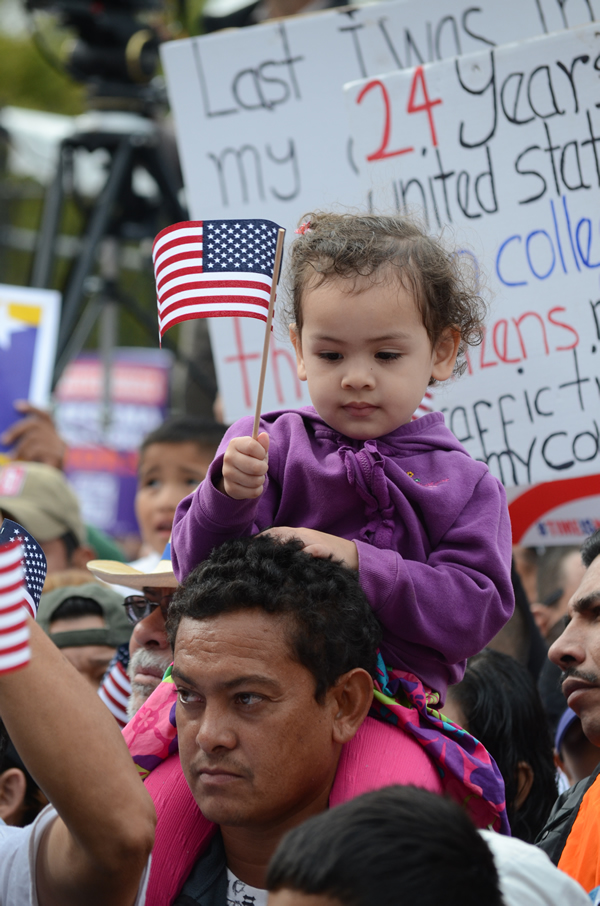 Not Your Run-of-the-Mill Immigration Reform Rally

On October 8th, 2013, tens of thousands of people showed up on the National Mall to demand action on immigration reform with a path to citizenship. 160 people were arrested, including eight Democratic Congressmen, for engaging in a peaceful act of civil disobedience. This is one of the largest acts of civil disobedience to take place in the history of our nation’s Capitol. Here are some of the unforgettable moments from that day. House Minority Leader Nancy Pelosi addressed the crowd, accompanied by a number of other prominent members of Congress. At 3pm, rally-goers marched from the National Mall to the Capitol Building. 160 activists blocked traffic in front of the Capitol Building. Thousands gathered to cheer on the activists.

Rep. Gutierrez is taken away in handcuffs.