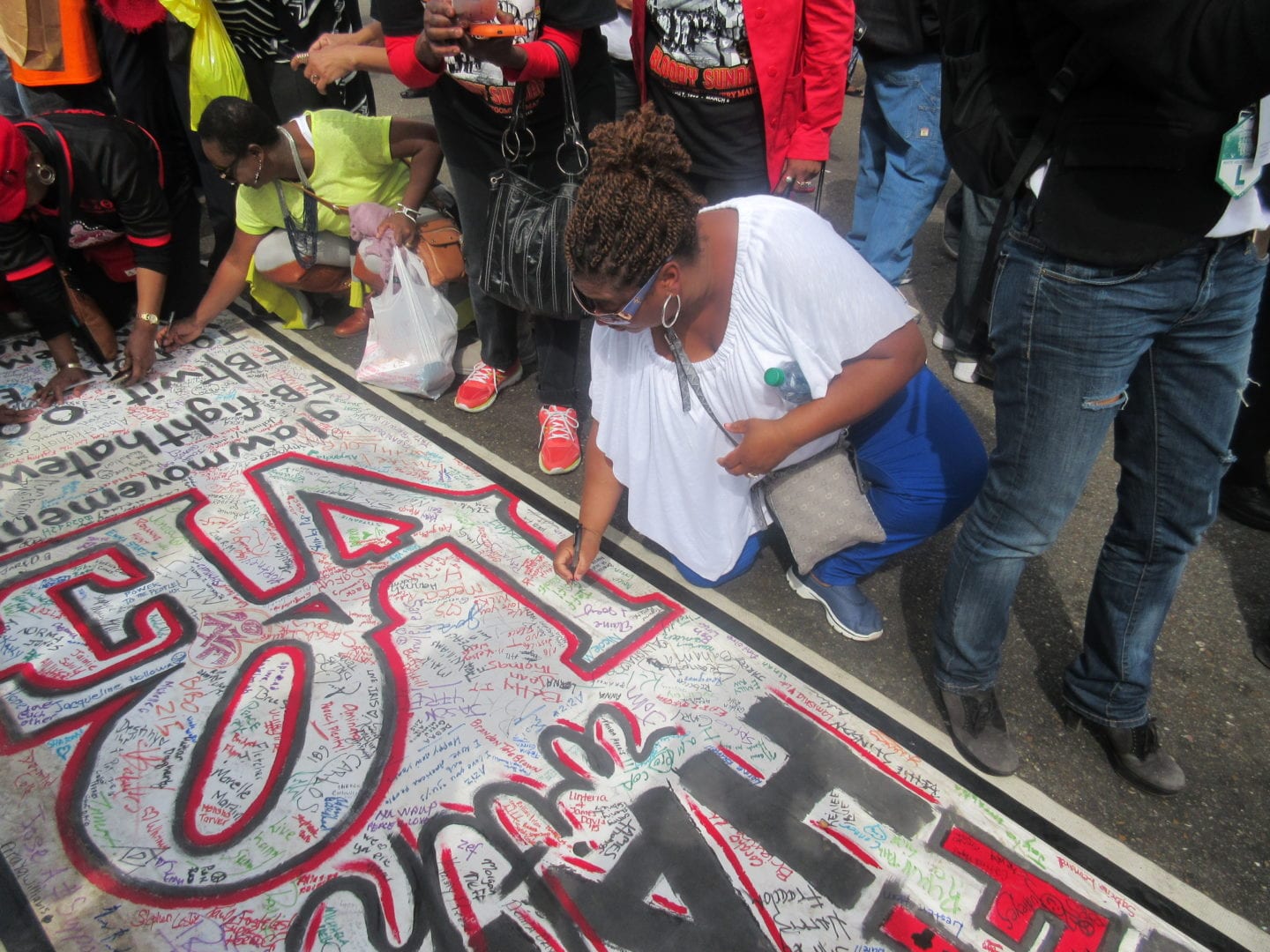 Savannah Williams remembers where she was on March 7, 1965. “When Bloody Sunday happened, “ she explained, “I was at my first job working for the United States Department of Agriculture in Michigan. It was my first year out of college. “

Savannah, a Virginia native, was not shocked by the reality of racism, but was nonetheless alarmed by the extreme violence she witnessed. “I had come from Virginia where many of the discriminatory laws were established for the country,” she said. “I was quite aware that we were going to have to do a lot of work, but to see the brutality was what will be forever etched in my mind.”

The same was true for much of the country. The brutality experienced by marchers on that day at the hands of Alabama law enforcement was broadcast on television, and galvanized people from around the country to join in the fight for voter rights in Selma. Weeks later, Dr. Martin Luther King Jr. would lead marchers on a 54 mile journey from Selma to the state capitol in Montgomery. The pressure generated in Selma led to the passage of the voting rights act.

Every March, Alabamans gather for a bridge crossing “jubilee” to commemorate Bloody Sunday. This year, participants marked the 50-year anniversary of the event. Jamia Lanasia, a 14 year old from Richmond, Virginia, made the journey to Selma with North Carolina Fair Share CDC. When asked what inspired her to make the trip, she said, “The experience, love for my people, historical benefits, as well as for the fun of it!”

The four-day event was about more than the bridge crossing, however. Organizers with NC Fair Share CDC, based in Raleigh, NC, and Welfare Rights Organization, based in New Orleans, LA, attended workshops and lead up activities. They were also able to meet Selma residents and civil rights activists. Jamia said, “I learned so much about history, and I met two foot soldiers, which is more than I was expecting, so that in itself was fantastic.”

“I had an opportunity to meet people who had been on the bridge,” stated Savannah, “including Mr. Harris who was a part of SNCC, and his brother Lorenzo Harris who was the first Black person to be elected to City Council after 1965.”

The group was also able to see some of Selma, and learn about its history after 1965.
“People pointed out that the white people had slowly left town and established a new community called Valley Grande,” Savannah stated. “We still have lots of bridges to cross to improve not just our voting rights, but our lives. When traveling back, we had lots of discussion about our feeling that there was tremendous need for economic development in Selma.” Nonetheless, the impact of the experience was undeniable. Though there were many reasons to go to Selma, for Savannah, one reason was very personal. “One of my friends was Rev. Joe Jensen, from King of Prussia, PA who was there in 1965 and had stayed in the home of Ms. Amelia Boynton,” she explained. “Joe died three years ago. I brought his picture and wanted to be there to represent him. As a result of getting involved in Selma, he had lost a large percentage of his congregation who did not want him to get involved. His wife sent me a picture of him to take with me.”

For Jamia, the importance of commemorating Bloody Sunday was simple. “If they didn’t march then we wouldn’t have the same privileges as we do today. Because if they hadn’t marched, then women probably wouldn’t have protested and it might have caused a chain effect in reference to everything. You know, it’s maybe, maybe not, but I wouldn’t have liked to find out.”