Sharing the Stories of Immigrant Families 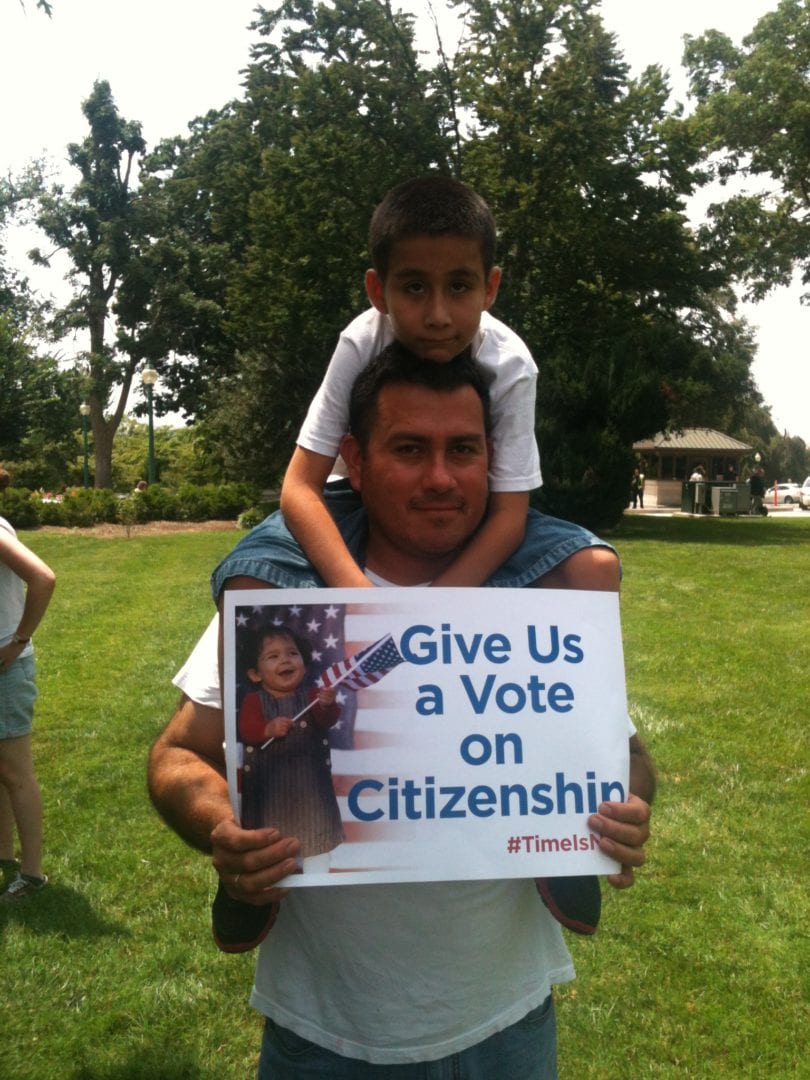 The Fair Immigration Reform Movement recently launched the Keeping Families Together Campaign. The campaign was created to advocate for immigration reform that keeps families together and to collect the stories of families that have been hurt by our immigration system.  Countless parents have been separated from their children, husbands and wives forced to live separately.  This shouldn’t be happening in America. America deserves a common sense immigration process that keeps families together here in this country and creates a roadmap to citizenship for 11 million new Americans who aspire to be citizens.

Since launching, keepingfamiliestogether.net has become the home of numerous heartbreaking stories. Lina, a 40 year old mother, comes home to her children everyday crying for their father who was deported just last March. Due to several health issues she has been unable to work, and struggles on a daily basis.  A mother of 3 small children has to tell her kids that they won’t have the possibility of meeting their father till 2020. The separation of families can no longer be a part of our policies. Immigrants aspiring to be citizens are Americas in every way but the paperwork.

The Keeping Families Together stories highlight exactly what is wrong with our immigration system. A system focused on enforcement only policies can’t sustain itself and isn’t. Our system should promote citizenship not enforcement.