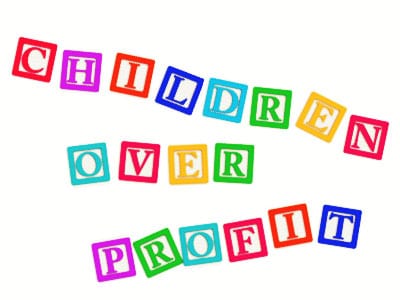 Coca-Cola and the soda industry at large are pulling out all the stops to fight Santa Fe, New Mexico residents who want to pass a very small tax on sugary drinks to fund a program that would make preschool available to 1,000 low-income children. Coca-Cola itself has contributed $50,000 worth of support to the PAC fighting the ballot initiative and another $10,000 to an organization questioning the need for the tax.[1] The political action committee opposing a tax on sugary drinks raised over $1 million in monetary and in-kind contributions after receiving a $700,000 cash contribution from the American Beverage Association that represents Coca-Cola and other large soda manufacturers.[2]

The soda industry is conjuring up fears that small corner stores will go out of business and threatening job losses at a local bottling plant to convince voters to oppose the tax.[3] The first impact study on the soda tax in Berkeley, Calif., published last week, however, concluded there is no negative impact on the overall beverage industry, nor to local retailers.[4] But make no mistake, the soda industry has gone in big to stop Santa Fe residents from passing the tax for two reasons: they hate paying taxes, and they know if the tax passes in Santa Fe, the momentum to pass sugary beverage taxes elsewhere will grow. What the residents of Santa Fe and other cities considering such a tax should know is that, with their top executives receiving exorbitant pay packages and giant tax breaks, the soda industry can easily afford to absorb these costs rather than passing costs on to consumers or laying off workers.

Santa Fe, New Mexico voters will have an opportunity on May 2nd to win preschool services for 1,000 predominantly low-income and Latino children. Voters will get to decide whether to impose a two-cent per ounce excise tax – applied at the distributor level – on soda and other sugar sweetened beverages. The tax would generate nearly $8 million every year to fund a high quality preschool program.[5] After years in which the Governor and state legislators refused to pass legislation that would have doubled funding for early education without raising taxes, grassroots leaders, including parents, owners of small childcare businesses and hard-working teachers  joined the Santa Fe Mayor and city council members to address New Mexico’s Childcare and early learning crisis on their own. Who could blame Santa Fe leaders when 33 percent of Santa Fe’s children live in poverty and New Mexico ranks 49th among states in child welfare and education quality?[6] If fully implemented, the preschool program will generate benefits worth at least $3.30 for every $1 in costs, create nearly 200 new jobs in the field of early education, and create a more equitable educational system.[7]

Santa Fe residents are not alone in their desire to tax sugary drinks to fund programs that combat the effects of poverty. Sugary drinks taxes have been passed in San Francisco, Oakland, and Berkeley, California, as well as Boulder, Colorado, Philadelphia, Cook County, Illinois and the Navajo Nation, and are currently being considered in other communities across the country. In most of these localities, the revenue generated by the tax is being used for social and educational services for at-risk communities.

Coca-Cola, along with nearly the entire beverage industry, claims that they cannot afford to pay the cost of the tax and that they will have to pass the entire cost onto consumers.[8] If the soda industry did not grossly overcompensate their executives, did not hoard tens of billions of dollars offshore and if they paid their fair share in taxes, one might be able to believe that the soda companies cannot absorb the paltry two cent per ounce tax. The reality is that the soda industry can afford this tax. What they avoid paying in taxes every year far exceeds what Santa Fe residents are asking the soda companies to pay.

The soda industry does not want to pay more taxes to help pay for preschool education. But they are more than happy to pass onto other taxpayers a significant portion of multi-million dollar pay packages for their top executives. In 2016, the top five executives at PepsiCo and Coca-Cola received a whopping $111 million in compensation.[9] Both companies likely reduced the taxes they will owe by as much as $29 million because of the way they structured the compensation packages.[10]

Coca-Cola and PepsiCo design their pay practices in part to minimize their tax liability. Here is how it works. The U.S. Congress, recognizing that taxpayers should not have to bear the burden for runaway executive pay, passed a law in the 1990s to stop corporations from deducting from their taxable income any pay for their executives above $1 million. Corporations could pay executives what they wanted, but for tax purposes they could not reduce their tax liability by deducting any of the pay considered excessive. However, Congress included a so-called “performance-pay” loophole that allowed corporations to continue deducting the full value of so-called “performance pay”—stock options, bonuses, and the like. As you can imagine, pay packages for top executives are now loaded with fully-deductible “performance pay.” Coca-Cola and PepsiCo, like most other Fortune 500 companies use this loophole to significantly reduce their tax liability by doling out tens of millions of dollars to their top executives every year in the form of performance-based compensation.

The soda industry threatens job losses for Santa Fe residents because of a small tax on soda. At the same time, they shelter tens of billions of dollars from U.S. income tax by sheltering the money in offshore accounts.[11] They could bring that money back to the U.S. to make job-creating investments. Instead, they keep the money offshore.

Santa Fe Can Help Lead the Way on May 2nd

The soda industry is showing its true colors in Santa Fe, lining up against the health and welfare of children to protect profits for the uber-wealthy. In the age of Trump’s “put corporations before families” agenda, nothing illustrates the cynical greed of the CEO class more than the soda industry spending big-time lobbying dollars to stop 1,000 predominantly low-income and Latino children from having access to preschool. Santa Fe residents should reject the soda industry’s cynical claims against the tax and pass the soda tax to improve the lives of Santa Fe’s poorest families. Other cities will be sure to follow their lead.

[10] The possible tax savings for Coca-Cola and PepsiCo was based on the author’s estimates of total fully-deductible performance-based pay and salary that companies likely deducted multiplied by the top marginal corporate income tax rate of 35 percent.