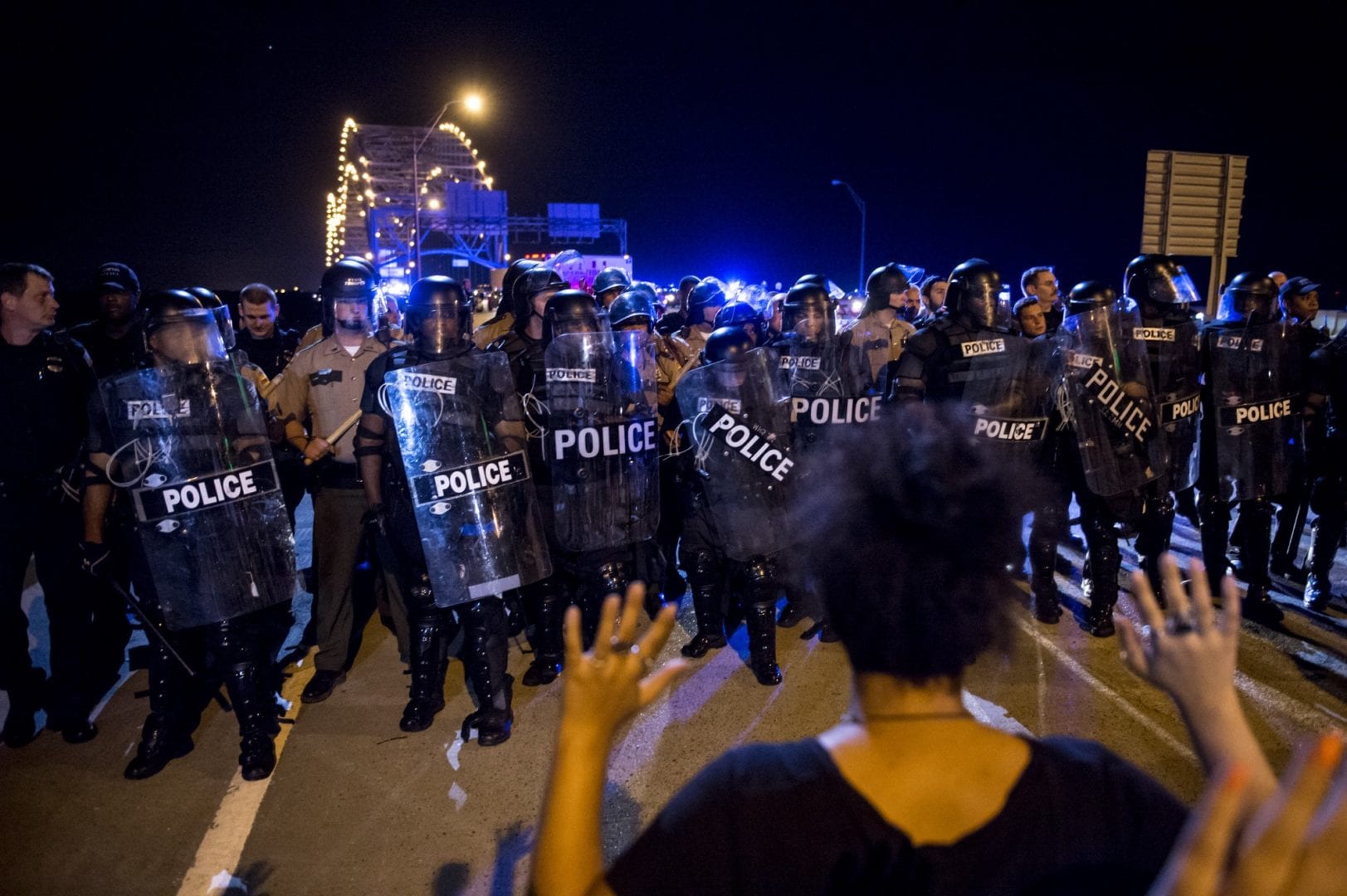 This article originally appeared on MLK50.

On Sunday, organizers will gather at Tom Lee Park to mark the anniversary of the July 10, 2016 protest that shut down the Hernando-Desoto bridge over the Mississippi River.

From 4 p.m. to 10 p.m., the Coalition of Concerned Citizens will honor “the heroines and heroes who shut down the I-40 Bridge last year and re-energized true activism in ‘Our’ city,” according to the Facebook event.

“During this celebration The Coalition will be presenting different versions of ‘Street Theater’ outlining and highlighting the Real Obscenities of the Construct. So get your group together to present your ‘teachable moments’ to share and raise awareness of the atrocities of the money hoarders and power brokers.”

In May, the coalition brought its first edition of street theater, titled Operation Oink, to Overton Square, a site chosen because of the developers’ family connection to wealth and political power.

They are the nephews of mayor Henry Loeb, the anti-union, segregationist mayor when Dr. Martin Luther King Jr. was assassinated in Memphis in 1968. Loeb ’s refusal to negotiate with sanitation workers brought King to town.

On the backs of underpaid laundry workers, the Loebs built their family fortune. One historian determined that the Loeb Laundries chain didn’t give employees a raise for 25 years.

The wealth accumulated through the laundries, which have since been sold off, financed the Loebs’ real estate ventures.

The Loeb name garnered some unwelcome attention earlier this year, with the release of a racist, elitist rant allegedly made by Lauren Loeb, a granddaughter of Mayor Loeb. While on vacation in Turks and Caicos, Lauren Loeb allegedly called black restaurant workers n*ggers and told them to go back to Africa. In the next breath, she bragged about her wealth, as captured on a recording released in April.

In the coalition’s May street theater event at the intersection of Madison and Cooper, the actors staged several scenes to call attention to Memphis Police Department’s backlog of untested rape kits, the lack of a free homeless shelter, laws that criminalize homelessness, police brutality and the exploitation of black labor.

“The real obscenity is that well after a century after chattel slavery was abolished, black people are still working for substandard wages while rich white money hoarders exploit their labor to get richer,” coalition member Keedran Franklin shouts into a megaphone.

Sunday’s event at Tom Lee Park on Riverside Drive is free and open to the public. Donations will be accepted via Paypal. See the Facebook event post for more information.

Where Do We Go From Here?

Read more from MLK50 on the bridge protest

Friday: “Take It To The Bridge,” The changes the bridge protest brought and the ones it didn’t, by MLK50 founder Wendi C. Thomas

Also Friday: When A City Fails To Hear, a photo essay by photographer Andrea Morales

Coming Sunday: In Their Voices, a multimedia presentation by MLK50 contributor Molly Mulroy

“Take it to the bridge”

This article originally appeared on MLK50. MEMPHIS — July 10 marks the anniversary of the largest spontaneous act of civil disobedience in…

Reparations well-intentioned, but insufficient for the debt owed

This article originally appeared on MLK50. On Thursday, the city of Memphis announced it would pay what can only be…