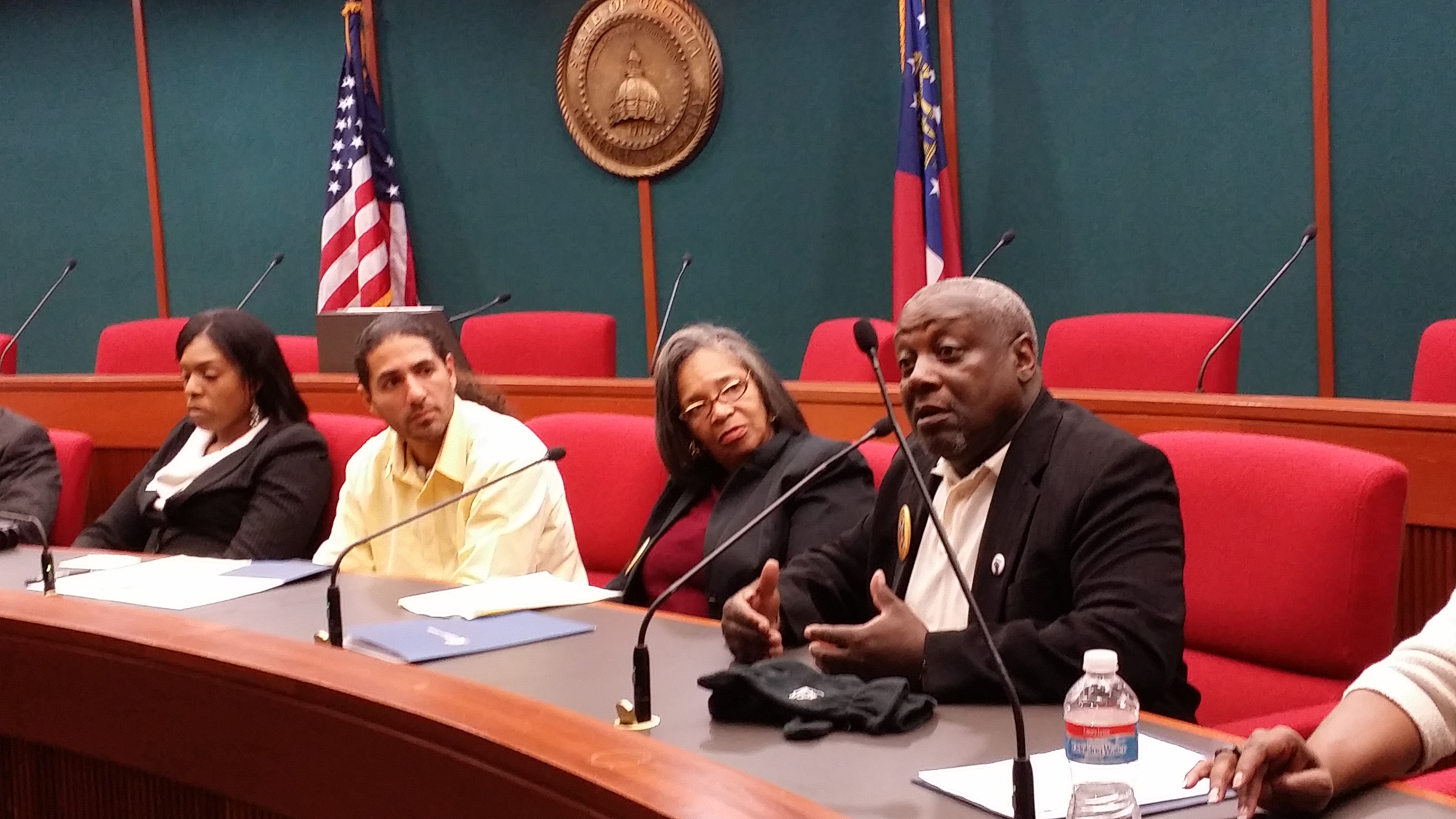 “That box was the bane of my existence”

On Thursday, advocates will rally in front of the White House and the Department of Justice to demand that President Obama issue an executive order to Ban the Box and give people who have been incarcerated a fair chance to find a job and work toward economic success when they get out.

Currently, more than 100 cities and counties in 18 states have ban the box legislation, which means that employers won’t ask a job applicant about his  or her incarceration history until the person receives a conditional offer of employment. That’s makes the initial hiring process fair and doesn’t automatically shut people out of jobs.

President Obama is making huge strides to acknowledge the difficulties and lack of resources that people face when they are released from prison. During his visit to the El Reno federal prison on July 16, which made him the first sitting president to visit a prison, he met with six incarcerated people and noted, “Visiting with these six individuals.  I’ve said this before — when they describe their youth and their childhood, these are young people who made mistakes that aren’t that different than the mistakes I made and the mistakes that a lot of you guys made.  The difference is they did not have the kinds of support structures, the second chances, the resources that would allow them to survive those mistakes.”

Advocates such as Dorsey Nunn, executive director of All of Us or None, says the president is on the right track, but needs to do more. He says the president has to focus on helping not just people convicted of nonviolent drug offenses, but all people who’ve served their time and are released. He says this especially holds true for those people convicted of violent offenses who need the additional support so they don’t land back in the clutches of the criminal justice system.

That’s why Nunn is making the trip from San Francisco to D.C. on Thursday.

“We’re demanding that he lead,” and give the 70 million Americans with criminal records a fair chance to success, he says.

Working to give formerly incarcerated people their rights back has been an issue he has felt deeply and personally since he left prison 34 years ago. He has been fighting for prisoners’ rights ever since.

“I went in at 19 and got out at 31,” he says. He says the world that existed when he went in as a young man had change drastically when he was released in 1981. That’s when he saw a flaw in the society he lived in.

“I had no clue of our societal addiction to punishment,” he says.

His first weeks out of prison were frustrating. Prison life left a lasting mark on him.

“I couldn’t forget my experience,” he says.

Unlike many of his compatriots, Dorsey was able to find work two week after he was released, working for the Prison Law Office, where he would began fighting for better conditions for the imprisoned of our country. “It gave me a deeper purpose,” he says.

Dorsey and fellow advocates came up with the concept and the term of “ban the box” as a way to give the formerly incarcerated a fair chance for work. At the heart of the proposal is that an applicant’s qualifications are the first consideration, not their previous convictions. This would allow applicants to be judged on their merits as opposed to the blacklisting that comes with a felony conviction.

The current difficulties that the formerly incarcerated have with finding work has contributed to the vicious cycle that has become America’s prison industry, where people get out, can’t find work that sustains them and their families and commit an act that find them back in the prison system.

“My success would be don’t go back to prison,” Dorsey says. He says prison does little to rehabilitate and that the “box” people have to check off when applying for work about their conviction history was another tool in the vicious cycle of felony discrimination.

“That box was the bane of my existence,” he says. “That box banned me from health care for my family and made our children less healthy.”

He says he is frustrated with the nation’s idea that punishment is the only way to address crime and our inability as a society to forgive those who have paid their debt to society. He says part of that also means recognizing that our current criminal justice system, which incarcerates black men at higher rates than other groups, is a symptom of the structural discrimination that exists in our society.

Dorsey and other advocates from across the country will descend on Washington this Thursday to insist that forgiveness through rehabilitation and resources be part of the solution.

For Dorsey, the fight doesn’t just end with the President’s support but a nationwide awakening for employers to recognize that formerly convicted felons deserve a second chance.

“If we can drive American corporations to stop discriminating, we can stop this,” he says.