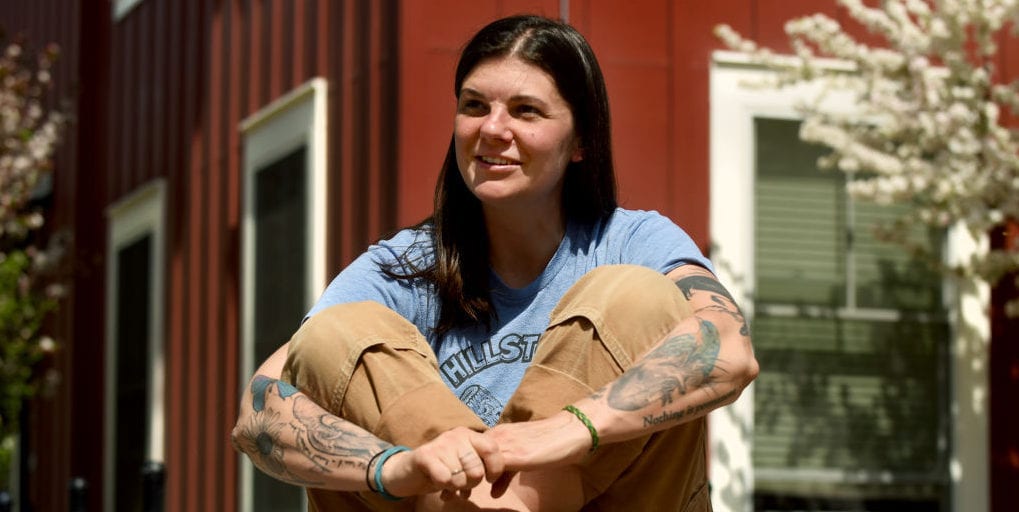 Jamison Hill hasn’t been able to get out of bed in two and a half years. For 18 months, Jamison was too sick to tolerate clothing, eating, daylight, or too much movement or sound. When I met with him last fall, he sat up with the help of pillows and could tolerate limited amounts of light. We took a few pictures together, momentarily lighting the room with the flash.

Jamison Hill hasn’t been able to get out of bed in two and a half years.

For 18 months, Jamison was too sick to tolerate clothing, eating, daylight, or too much movement or sound. When I met with him last fall, he sat up with the help of pillows and could tolerate limited amounts of light. We took a few pictures together, momentarily lighting the room with the flash.

The next afternoon, I found him in a crooked, flattened fetal position, with his face on the mattress, in what most people with myalgic encephalomyelitis (also known as chronic fatigue syndrome) call a “crash.” I knelt by the bed, and as I put my cheek on his hand, he whispered, “I’m so sick of this.”

I hoped and prayed that when the Senate revised its health care bill that they would think of people like the warm, funny and kind man I have known since my youth. That they would rethink their ideas to cut the essential services he needs that are provided by Medicaid. Instead, the Senate swung even more to the right in their latest iteration of their bill to take health care away from millions of Americans.

They added $45 billion to help those addicted to opioids, a veil to hide the fact that they still will cut millions from Medicaid, phase out the Medicaid expansion and deny a lifeline to desperately ill people. What is even more galling is that these devastating cuts — as much as $880 billion over the next decade — will be used to bankroll massive tax breaks to the rich.

And if U.S. Sen. Steve Daines and Senate Republicans pass this revised bill, people like my dear friend will bear the brunt of this cruelty and greed.

The Senate health care bill would cut funding for Medicaid’s In-Home Support Services (IHSS) program, which helps people like Jamison afford caregivers who can assist with daily living tasks, such as bathing and eating, and ensure that people with chronic illnesses or disabilities can live at home with their families. Jamison’s mother, Kathy, raised him on her own and he has lived with her since he became too ill to live independently several years ago. Jamison’s caregivers work 48 hours a week, so that Kathy can work and earn an income.

Although he writes eloquently, Jamison cannot speak more than uttering a word or two through a clenched jaw. Even chewing is too painful. Yet he perseveres and advocates for more research into the disease that has taken his livelihood as a former physical trainer, model and weight lifter. Now his attention has turned to advocating for health care.

Daines says he’s still “undecided” about this cruel bill – a bill that would put 75,000 Montanans at risk, including children, seniors and the disabled.

For Jamison – and so many others – we can’t let this bill become law.

Stephanie Land is a writing fellow for the Center for Community Change and author of the forthcoming memoir, MAID. She lives in Missoula.

This article originally appeared in the Missoulian.

In this edition, we highlight Dorian's thoughts on the current political climate, share how our partners and programs are thriving …

This Toolkit discusses strategies that deliver high quality jobs with career pathways accessible to workers in low-income communities and communities of color....