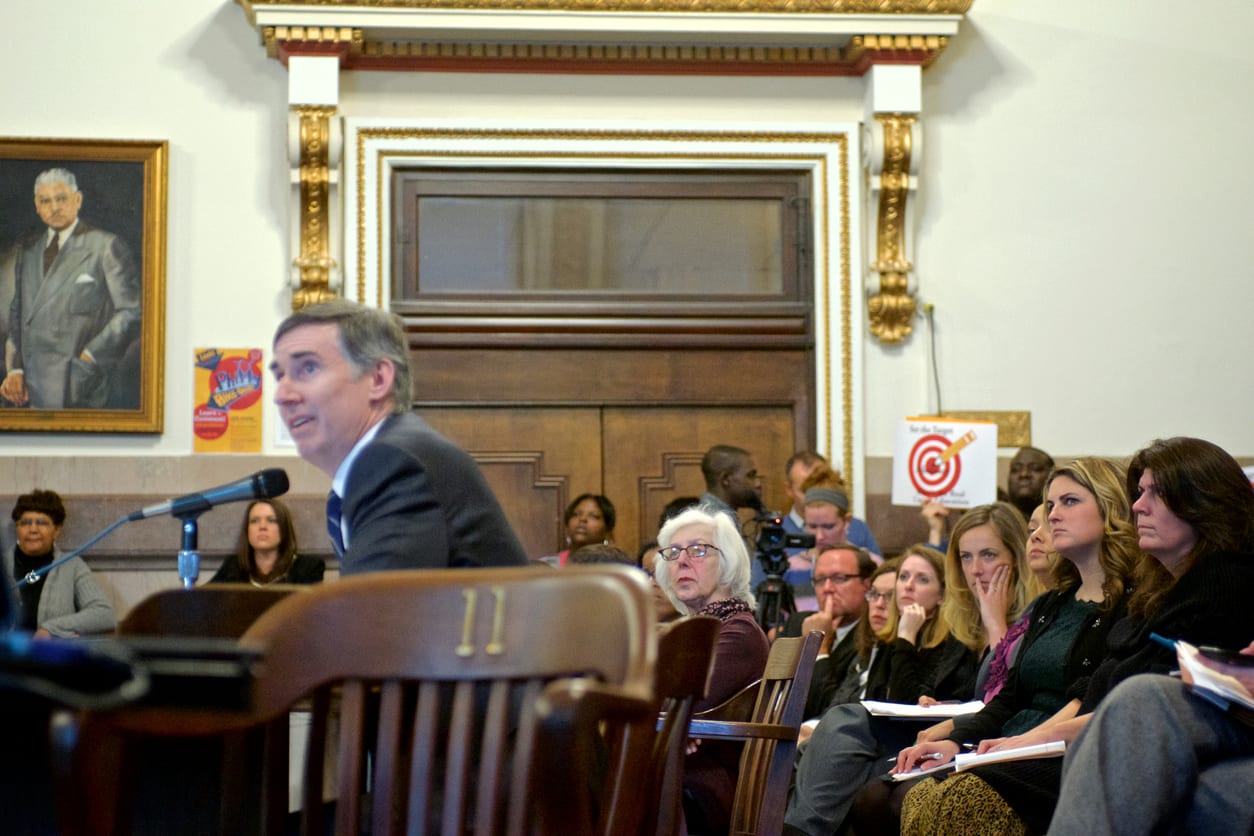 In May 2017, the City of Henderson announced it was removing Police Chief Patrick Moers because he promoted a charity foundation to local businesses. That was the party line until, eight months later, a Las Vegas Review-Journal investigation found that Moers was actually forced out due to sexual harassment allegations. According to the report, “City leaders concealed the reason for his ouster and misrepresented the nature of his separation.”

It should not have taken so long to uncover this blatant lie. The City of Henderson’s reports on the issue are a matter of public record. They should be easily accessible to journalists and other citizens. Instead, members of the public seeking information about what their elected and appointed officials are up to face all kinds of loopholes, delays, and exemptions that bury information they have a right to know.

This isn’t about digging up dirt; rather, it’s about an open society that values an informed and engaged public that cares about their community.

The fight to make – and keep – meetings and minutes open and readily available to the public in Nevada is one that has been ongoing since the mid-1970s. Back then, city councils would have a “pre-meeting meeting,” where they would argue the agenda issues, according to longtime Nevada reporter and editor Charles Zobell. There, he explains, they would come to an agreement. In other words, the actual, open-to-the-public meeting never included any meaningful debate.

Zobell and other proponents of an open society spoke earlier this week on a panel the University of Nevada Las Vegas Greenspun College of Urban Affairs about government transparency and accountability.

Zobell, an adjunct professor of Journalism and Media Studies at the University of Nevada Las Vegas, says that in 1977, journalists successfully lobbied to change the law to require deliberations to take place in public. Zobell says the attorney general can void the actions of a board that violates the law, but depending on who is in office, they may decide against it by looking at the board’s intent, rather than the outcome.

It is that kind of free interpretation of law and what constitutes public interest and intent that ultimately hinders public access to what should otherwise be public information. In 2017, the American Civil Liberties Union of Nevada introduced Senate Bill 170. This bill would codify public records law, give government agencies a shorter deadline within which to present the information, and waive fees for noncommercial use of records, including for journalists. The bill also sought to subject our state legislature to some parts of the Nevada Public Records Act (NPRA).

Currently, the legislature exempts itself from the NPRA because it is privileged under the state constitution, but clearly, what legislators do is a matter of public interest. SB 170 would allow the public access to records about legislators’ calendars and meetings with lobbyists, records that, “The  ACLU  feels  are  questions  of  ethics  and  the  public has a right to see,” according to ACLU-NV Policy Director Holly Welburn’s testimony to the Senate Committee on Government Affairs.

The only recourse when you are denied access to public records is to file a lawsuit. In 2013, the Nevada Public Research Institute requested Clark County School District’s employees official government emails, a request that should have been straightforward and easy to accommodate. Instead, the district refused and NPRI was forced to sue, taking the case to the State Supreme Court. They ultimately received the information – but nearly two years after they requested it.

“People who keep records think they belong to them,” Zobell says. “These records belong to the taxpayers who paid to have them created in the first place.”

This is not the only case where an independent investigation was delayed because government agencies acted as gatekeepers to public information. In his testimony on SB 170, executive director of the Nevada Press Association, Barry Smith, cited several incidents similar to the Henderson case, as did the ACLU-NV in official documents presented to the Government Affairs Committee.

Smith, one of the UNLV panelists, believes that SB 170 is critical if we want to make government more accountable to its citizens. “What the legislature does is in the beginning it passes rules that say our committees will be open and so on, and then they suspend the rules,” he says, adding that legislators need to be held to their promises. “The public has to say, ‘We want to know what you guys are doing and we need some clarification.’”

Martin Luther King, Jr. once said, “Darkness cannot drive out darkness; only light can do that.” Let’s shine more light on the dealings of our policy makers, blunting their attempts to hide or distort issues with the public. Because after all, they are there to serve us, and we are here to make sure they do.

Prepping the PLAN: Organizer Dulce Valencia talks voter registration and the importance of hope in 2018

It’s late afternoon at the office of the Progressive Leadership Alliance of Nevada (PLAN), and I’m interrupting a big work…