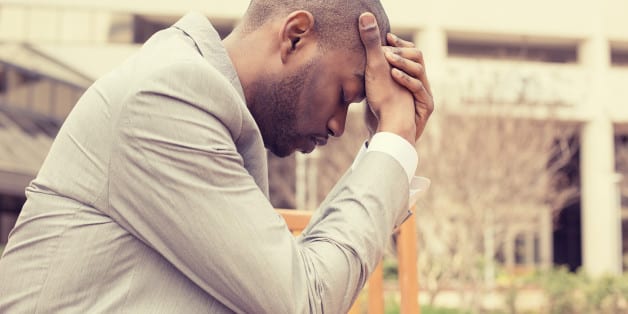 There’s a reason why young black people call Chicago “Chiraq.” It’s like a war zone in some neighborhoods. And it’s not just gangsters doing the shooting.

A series of high profile shootings of young unarmed black men show the deadly impact of aggressive, sometimes callous and discriminatory police tactics. The latest killing by police involved a young man named Quintinio LeGrier, who called 911 three times asking for an officer to be sent to his address. Police fatally shot LeGrier and a neighbor, community activist Bettie Jones, who opened the door for police.

These deaths, along with the deaths of teenager Laquan McDonald, along with news last year that Chicago detectives kept a CIA-style secret interrogation center for decades, and one can see why thousands of protestors have taken to the streets.

And now a new report release Monday by the University of Illinois Chicago Great Cities Initiative shows the extent of the crisis facing young black men in the Windy City.

Meanwhile, only 7 percent of white men and women in that age group were jobless and out of school. For Latinos, the rate was 19 percent.

The U.S. spent an estimated three trillion dollars on blowing up and then rebuilding Iraq. Does not fighting institutional racism and decades of neglect warrant an equal effort in order to save a generation of black youth?

The disparity and the high rates for African American youth is mind-bending, but not a total shock to DeAngelo Bester, co-executive director at the Workers Center for Racial Justice. The data confirmed what he has seen in a decade of organizing and activism in Chicago.

“What you’re looking at is a multifaceted problem and a lack of will from City Hall, the county, and Springfield,” Bester said. “You’re seeing the de-industrialization of Chicago, like the rest of the Midwest, and there aren’t the kind of well-paying union jobs that there were in the past. Those jobs are gone.”

Chirag Mehta, a Chicago-based senior policy advisor at the Center for Community Change, said federal policies that led to trade blocs, such as the North American Free Trade Agreement, have taken a heavy toll on manufacturing cities such as Chicago. NAFTA eliminated tariffs, customs duties and other barriers to make trade easier between the U.S., Mexico and Canada. But it also reinforced the globalization already happening in the American economy.

“Globalization decimated manufacturing in black neighborhoods,” Mehta wrote in an email. “There have been great studies done by scholars at UIC that documented the impact of NAFTA on black employment. These neighborhoods have not recovered. There’s also general public disinvestment that followed the loss of good jobs, such as closing schools in poor black neighborhoods, which stripped communities of important anchors for development, for example.”

Add to it the large numbers of African Americans involved in the criminal justice system (67 percent of the men admitted daily to the Cook County prison are black), particularly the effects of the farcical, feckless war on drugs that even conservatives have turned against, and the findings cast Chicago’s black community as living in a as a Dickensian dystopia.

“We are losing a generation of youth who have no opportunity to work in their neighborhoods,” Great Cities Institute Director Teresa Cordova said in a news release in response to the report. “It is a tragedy for those youth and it is a tragedy for the communities they live in and the city as a whole.”

Again, it’s not surprising that the report demonstrates that low rates of employment are “spatially concentrated in neighborhoods that are also racially segregated.”

While Chicago’s economic growth is lagging with slow employment growth in general, according to the Brookings Institute Metro Monitor, it is still one of the wealthiest in the world, ranking 36 out of 300 metropolitan areas for median Gross Domestic Product. And, according the Chicago Tribune , Chicago ranked “No. 8 among top cities worldwide in the amount of commercial real estate investment attracted by the region.”

So there is money flowing in. And there is work. It’s just not flowing to the black community. Take construction projects, particularly publicly funded works projects. The construction trades, Bester said, have long been known for their collective antipathy toward blacks and Latinos. When confronted, Bester said, the unions blame contractors; the contractors blame unions.

Even the city’s mayor, Rahm Emanuel, called out the obvious racist history of Chicago’s construction trades after a protest in September 2012 called by legendary business owner Ed Gardner, the founder of Soft Sheen Products, drew 1,000 people and stopped an infrastructure project. Gardner demanded the action after noticing there were no blacks on a work crew fixing a sidewalk near a strip mall in South Chicago, which has a heavy concentration of African Americans.

“Now that we’re investing, who’s getting the work and who’s working on it?” Emanuel said in a radio interview on WVON-AM in response to the protest. He said there needs to be better training to help young people prepare for these jobs.

But it’s not as simple as training, Bester reiterated.

“It’s an industry that has been highly exclusionary, with explicit racism and bias. How do we get these young men from the street corner on to a construction site?”

Bester said his organization is looking at a number of strategies for increasing employment, including offering tax credits to perspective employers–but those credits go with the worker. He also believes money saved in decriminalization ought to go directly to underserved communities.

Chicago’s black 20 to 24 year olds fare worse than their racial peers in New York and Los Angeles, as well as nationwide. But that’s not to say black youth outside of Chicago are living the dream. Nationally, almost three in 10 African Americans from 20 to 24 were unemployed and out of school in 2014, nearly twice as many as their white peers. The rate for Latinos was 20 percent.

There is no one solution. However, one would be hard-pressed to draw a conclusion that would place the blame on the unemployed rather than a country that is still wrecked by institutional racism, the grip of which gets tighter as globalization has extracted a heavy toll on all sectors of the economy.