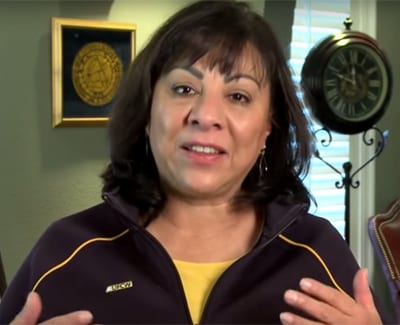 In 2014, there were 8.1 million undocumented immigrants employed in the United States. These hard-working men and women live in constant fear of arrest and deportation which would rip their families apart and forfeit their hard work.  No matter how much they contribute to society, they remain unprotected.

Thankfully, there are allies working each and every day to change this. Under the leadership of President Marc Perrone and Vice President Esther Lopez, the United Food and Commercial Workers International Union (UFCW) fights to ensure immigrants and their families are protected. Founded in June 1979, the UFCW’s membership is made up of over 1.3 million “worker-activists” throughout the United States and Canada. Uniting workers to create change in the workplace and society is the UFCW’s highest priority. The UFCW is a leader in the fight for comprehensive immigration reform and the implementation of DAPA and expanded DACA.

Citizenship services for immigrant works are a core part of the union’s work to support immigrant families across the country. The UFCW’s signature immigration program, Union Citizen Action Network (U-CAN), provides workshops to help immigrant families apply for citizenship and deferred action. These workshops are led by seasoned UFCW worker-activists who have successfully completed the immigration process themselves and volunteer their time to help others who qualify. Watch the video below about their signature immigration work.

Worker-activists play a vital role in supporting immigrant families from all over the globe. Their work helps families understand their rights and the laws that protect them from unfair wages, poor working conditions, wage theft, and other forms of exploitation in the workplace. Activists also help families understand the benefits and responsibilities of citizenship while continuing to support them throughout their transition to becoming citizens.

Community Change is proud to recognize Esther Lopez, Marc Perrone and the UFCW worker-activists for their remarkable leadership and partnership in the fight for comprehensive immigration reform. This is why we celebrate Esther and Marc as Champions in Labor Partnership this year.

No person should be forced to live in the shadows. Together, we will continue the fight until all families have the protections and security they deserve.

CCC’s 2015 Change Champion Awards will recognize Esther Lopez, Marc Perrone and the UFCW as Champions in Labor Partnership on Sept. 17 at the historic Howard Theater in Washington, D.C. For more information and tickets, go to http://www.communitychange.org/awards/