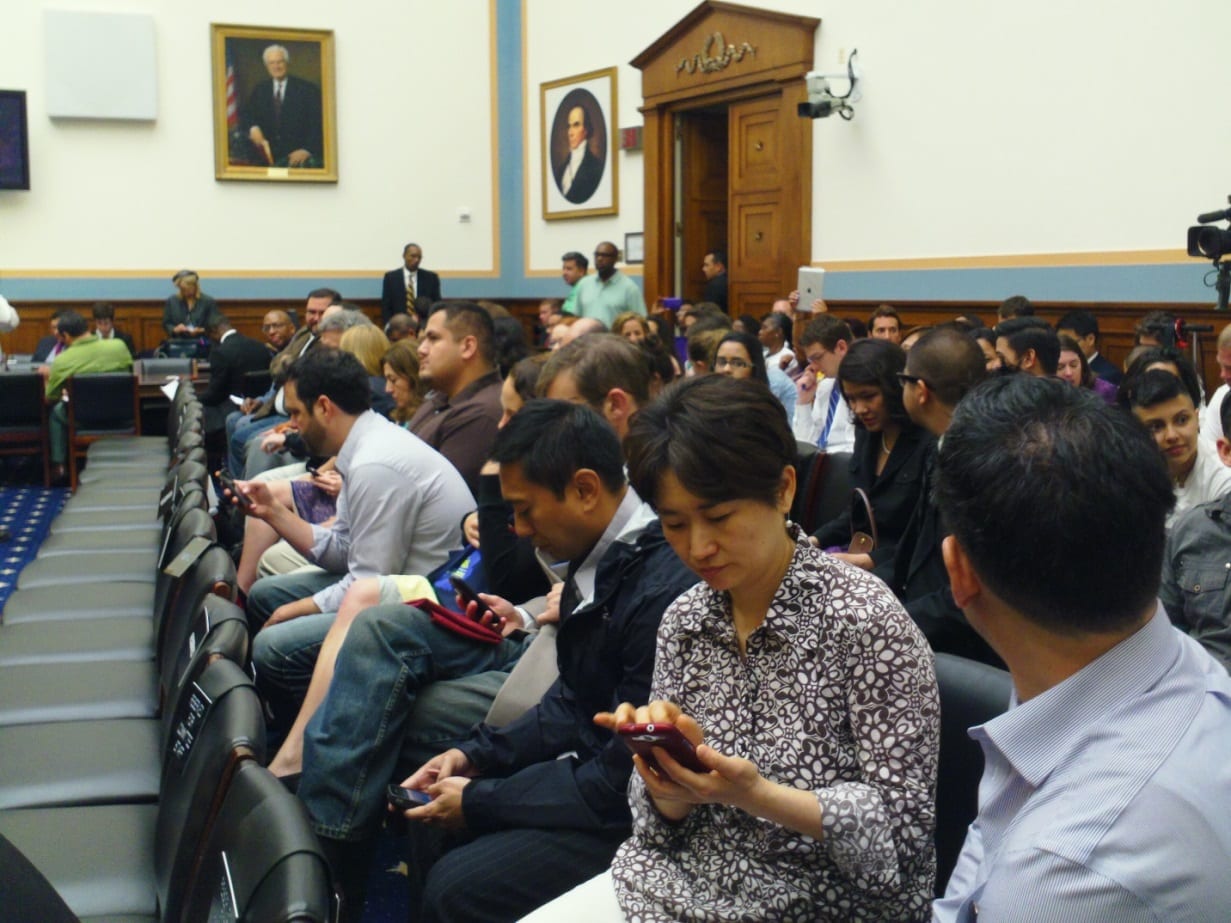 A Special Day for Me

This week, Fair Immigration Reform Movement (FIRM) leaders went to the House Judiciary Committee to voice their disapproval for the SAFE Act, a bill that takes the extreme measure of instantly turning millions of undocumented people into criminals.

As soon as the committee chairman sat down, FIRM leaders stood up, clapped in rhythm, shouting, “Shame! Shame! Shame! We are all the same! Stop the pain! Stop the pain!” The police quickly intervened and removed them from the hearing room, but this was not the end.

In the hallway, there were about 80 supporters, clapping and yelling, “Si se puede!” to cheer on the brave action inside the room.

Although the bill passed through the Committee, the action was still significant. We made our voices heard. I feel honored to have been there, to be one of the placeholders to speak for the 11 million undocumented immigrants in this country.

Though people of Asian descent make up 18% of the undocumented population in the United States, I was one of just three Asian protesters in the crowd. As an Asian American immigrant, I feel proud that I have had the opportunity to stand up against hate before the Judiciary Committee members and the press, and I hope that more Asian Americans will step out of their comfort zones to join the fight.