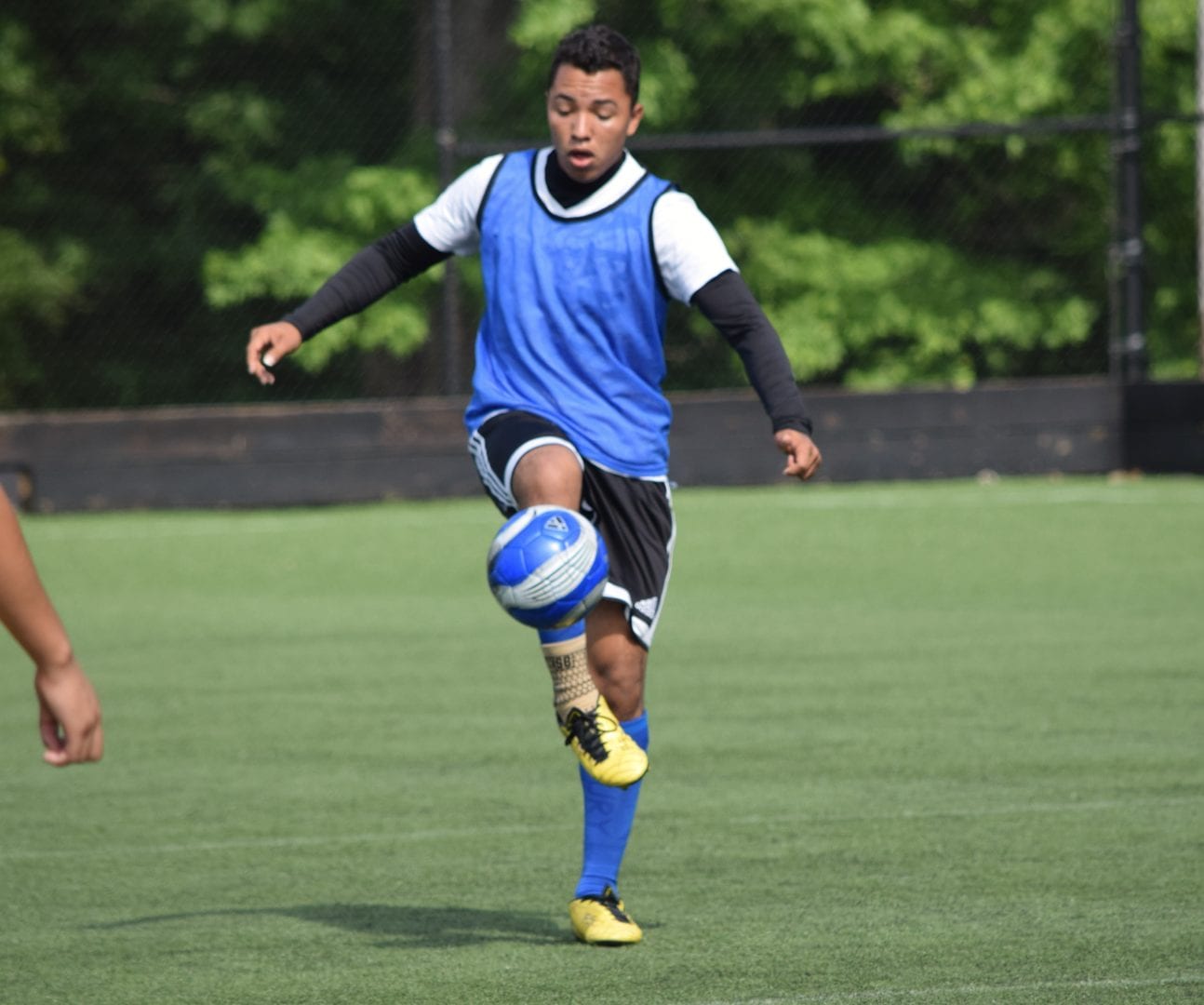 Written by Morgan Whithaus. Originally published on The Huffington Post.

I graduated from Riverside High School on June 8. As my classmates and I walked across the stage at Cameron Indoor Stadium, we graduated with one less student.

For Wildin Acosta, June 8 was the day he saw his dreams of graduating from high school slip through his hands. It was the day that Wildin’s goal of becoming an engineer felt even more unreachable.

June 8 was just like the previous 163 days that Wildin sat in his cell at the Stewart Detention Center in Lumpkin, Georgia. There he has been mistreated and emotionally and mentally drained. He continues to live in unhealthy conditions for a teenage boy and receives absolutely no schooling.

I traveled to Washington D.C. in May to speak on Wildin’s behalf at a Congressional briefing and spoke with several members of Congress and the Department of Education and met several of your assistants from the Department of Homeland Security. My three classmates and I explained to your staff members as well as to members of Congress, White House staff members, and Secretary of Education John King that Wildin is receiving no lessons or educational opportunities other than the homework that his teachers send him while he is at Stewart. Despite your staff being aware of this, you continue to detain Wildin.

I am writing to you about Wildin Acosta, Yefri Sorto Hernandez, Pedro Salmeron, Bilmer Pujoy Juarez, Alexander Josue Soriano Cortez, and the other detained youth in North Carolina, Georgia, and across the United States.

And let me remind you, Secretary Johnson, some laws, even though they had good intentions when they were passed, are not morally right. Slavery was once allowed by law, followed by Jim Crow, and right now, taking students away from their high school education in the name of immigration is law. But not all laws are right.

Additionally, Secretary Johnson, as I am sure you are aware, America’s public schools, including Riverside High School, are legally bound to teach anyone, regardless of race, religion, or legal status. Schools across the United States pride themselves in teaching “whoever walks through the door.” Riverside is one of those schools. Moreover, I know that it is in your power and discretion to release Wildin at this very moment pending resolution of his immigration appeal.

How much damage is educating young immigrant students really going to cause? Shouldn’t we want our youth to have a high school diploma regardless of their immigration status? Wildin was in good academic standing while he was at Riverside. He was active in clubs and organizations and held a job after school to help support his family.

Before January 28, 2016, for me, a white, middle class, United States citizen, the most I knew about America’s current immigration policies was that some of the undocumented students at my school qualified for Deferred Action for Childhood Arrivals (DACA), while others did not.

I knew that many of the students at my school spoke English as their second language. Some were new to the United States, while others had lived here for years. As I learned their stories while covering them for the school newspaper, I realized that many of the students had fled violence and corruption in their home countries, taking perilous risks that many Americans cannot even begin to fathom.

Then, on January 28, 2016, the day that Wildin was picked up by Immigration and Customs Enforcement (ICE) officials as he was leaving his house to come to school, these immigration issues became even more personal.

Since Wildin’s detainment, I have seen some of my classmates stop coming to school. Others knew they or their family members could be arrested at any moment, but despite their fear, they came to school anyways. This made it clear to me that immigration and education should be separate issues and that ICE’s new policies do not deserve to destroy classrooms, schools, and communities.

The emotional and mental stability of so many of my school’s students has severely deteriorated as they have shaken in terror of what the future holds for them and their families.

So many of these students have already been through horrific events in their home countries as they watched their fathers, brothers, and uncles slaughtered before their own eyes. They have experienced firsthand how drug-trafficking and gang-related activity consumes their cities and their countries. The emotional trauma that these students have already sustained before they fled their home countries, combined with the fear of being arrested and deported at any time during these raids, has pushed many Latino students in the Durham community past their breaking point.

Terrorizing society’s youth does not line up with the American values that the United States government, and specifically the Department of Homeland Security, are supposed to uphold. Additionally, the lives of young people seeking asylum in the United States are being torn apart.

It is singularly deplorable that these young people who were living productive, responsible lives are being detained and deported while this country was built upon young adults coming to a new land as they were escaping religious persecution. It is horrendous that Wildin was placed in solitary confinement for three “minor violations” on June 7, the day before he was supposed to graduate.

It is horrendous that he was in solitary for more than a week and was not released June 16 after allies in North Carolina and Washington D.C. placed extreme pressure on your department.

As Wildin’s detainment stretches on, I ask you, Secretary Johnson, to rethink the reasoning behind keeping Wildin and the other young people detained as their high school education slips past them. I ask you to question why someone like Wildin, who has the backing of the Durham City Council, Durham Human Relations Commission, Durham Public Schools’ School Board, and countless schools and community members, are considered threats to their communities.

Secretary Johnson, as a student who recently received my diploma, I call on you today to allow students like Wildin to finish their high school education while their cases for asylum and their appeal processes play out.

Stop the raids, free these youth. Rethink a new approach to curb undocumented immigration that does not tear apart schools and communities across the United States. Do not allow these students to miss another day of school.

Morgan Whithaus will attend Meredith College in the fall with plans to become a high school English teacher. She is an immigration advocate for her friends and school mates.

In the aftermath of the Parkland shooting, the focus of lawmakers has largely shifted from finding a solution for the…

Xenophobia is not foreign to America

After the attack on Pearl Harbor in 1941, advertisements for "Jap Hunting Licenses" hung in store windows. Life Magazine ran…

IN: DREAM ActImmigrationKeeping Families Together

A Year of Fighting for our Families and Friends

The Center for Community Change, in its work with the Fair Immigration Reform Movement (FIRM), has been standing steadfast against attacks against our family an...

Who are the DREAMers?

Dreamers are the nearly 800,000 people whose immigration and work statuses are protected by DACA....

We Are Unafraid. We are #HereToStay.

Call 1-866-575-9410 to tell Speaker Paul Ryan to stand with immigrants and pass DREAM Act legislation that provides a permanent solution for dreamers without ad...