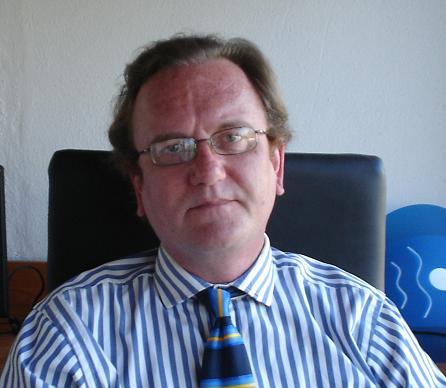 How Much Must Someone Suffer before You Start to Care?

Recently I came across this op-ed in Forbes written by opinion columnist and perpetually miffed white man Tim Worstall. In what was supposed to be a half-quippy, half-snippy critique of a recent Zero Hedge op-ed, Worstall, under the guise of “fact checking,” effectively decries the prevalence of poverty in the United States.

Worstall isn’t oblivious to the fact that poverty exists. And he definitely isn’t ignorant of the facts of poverty. For example, Worstall points out that 1.2 million public school students can’t possibly be homeless (as Zero Hedge claims) if there are only about 633,000 total homeless people in the US on any given night. (The correct statistic is that 1.2 million children in public school will experience homelessness at some point this year.)

Worstall says he opposes the practice of calculating the poverty rate before factoring in government assistance because measuring poverty that way misrepresents the true severity of the issue, which he claims is dangerously overdramatized. But, Mr. Worstall, there’s a reason we measure poverty levels this way—lest people like you, who clearly couldn’t care less about other families’ struggles, pretend that the problem doesn’t exist because SNAP and welfare have everything under control.

Does it make you feel less guilty to think about it that way? Does it alleviate the responsibility to help these people? Because if the problem isn’t actually that big of a problem, you can shrug it off—and that looks way better in public arguing that low-income people are just lazy, right?

Practically, it would be useless to measure the rate of poverty after government assistance. Let’s say a student submits a paper to his teacher and gets a B. We’d assume that he’s doing all right in the class. What if, in reality, his mother wrote half of his paper for him so he wouldn’t fail the assignment? Now how good does his B sound? It would be a lot more useful to know what the student would’ve gotten if his mother hadn’t helped him with the paper. He might’ve gotten a D or an F, and we’d look for a more permanent solution to help him out because the issue would be impossible to ignore.

As I read the op-ed, I didn’t disagree with many of Worstall’s individual points, yet I felt increasingly frustrated with his overall message. It wasn’t the unabashedly offensive suggestion that families only become food insecure because “Pops blew the food budget on a bottle of whiskey.” It wasn’t the remarkably obtuse proposal that people can “eat well and healthily on $4 a day” (my sandwich for lunch alone cost twice that).

No, I was pissed off because of the article’s implicit argument: that although poverty, homelessness, and food insecurity exist, they’re no worse than they have been in the past, and because the government compensates for them, they’re effectively a nonissue. Worstall believes that these aspects of American society are permanent, calling them “the human condition.”

Call me a bleeding heart liberal, but I disagree that stagnant poverty, homelessness, and food insecurity are simply inevitable, that “the human condition” predetermines that a certain percentage of the population must live on the brink of starvation or poverty or homelessness. Worstall argues many times that we should all just be grateful because government programs are taking care of it. You must know, Mr. Worstall, that these families, even with government assistance, are not living comfortably at all.

How many families must barely remain afloat on welfare and food stamps before you acknowledge that there’s a problem?  Exactly how many homeless people does it take for the New York subways to become officially “overrun” with them? At what point do you stop splitting hairs and recognize that the reality of people in need trumps statistical interpretations and your “it’s actually not that bad” mentality? How much must a person suffer before you start to care?