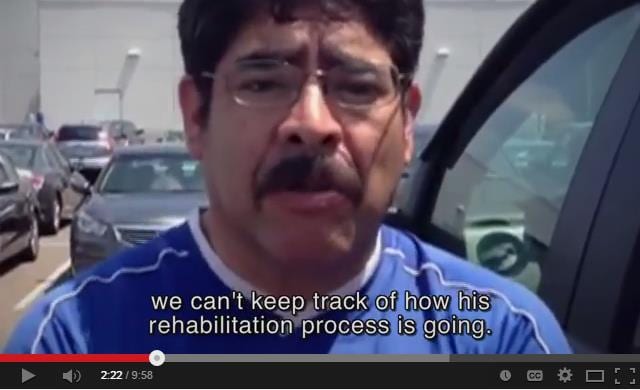 Progress in the Fight for the Right to Call Home

Yesterday, the Federal Communications Commission took a major step towards honoring human empathy by issuing a statement to reduce the cost of phone calls made from prisons, jails and other detention facilities. This is a huge win for prisoners’ family members that often bear the brunt of these costs.

Historically, prison phone companies like Securus, Global Tel*Link and CenturyLink have had exclusive contracts with detention facilities that profit off of families making the best out of a terrible situation. The cost of prison phone calls is extremely high – more than $1.00 per minute in some cases. Currently, in-state phone rates at local jails are as high as $17.30 for a 15-minute call. Phone calls are a critical lifeline between those in prison and their families, and when two out of three in jail reported annual incomes under $12,000 prior to arrest, this creates an outrageous financial burden.

The Human Rights Defense Center has led the Campaign for Prison Phone Justice to reform the prison phone industry since 1992. Several prison phone companies, including Global Tel*Link and Securus, have filed a legal challenge to the FCC’s order, which is currently pending. HRDC and the Campaign for Prison Phone Justice have already galvanized tens of thousands of comments and petition signatures to the FCC in support of reducing the cost of prison phone calls.

Phone calls are the primary means for prisoners to communicate with their family members and children. Research has shown that increased communication between prisoners and their families result in better post-release outcomes and lower recidivism rates.

“The additional reforms being considered by the FCC are certainly welcome news, especially for the families of prisoners who have been price-gouged by exorbitant prison and jail phone rates for decades,” said HRDC executive director Paul Wright. “For far too long, prison phone companies have enjoyed monopolies that allowed them to charge outrageous fees – some of the highest rates in the United States – with virtually no regulation. Those days are finally coming to an end. As noted by Chairman Wheeler and Commissioner Clyburn, ‘The wheels of justice turn slowly.’”

Read more about the issue and this monumental win in HRDC’s press release here.

Support the work against the prison phone industry profiting off the misery of prisoners’ families here.