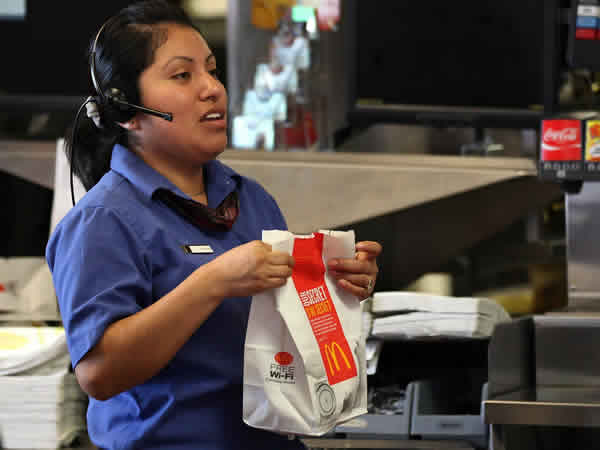 15% of the U.S. population lives below the national poverty line. That’s 46.2 million people. And though many are quick to name a lack of motivation, laziness and irresponsibility as reasons for poverty, can we really say that the 46.2 million people below the poverty line are ALL lazy? I say no. So then what’s the problem? Why are there people who have none of these character flaws and still cannot guarantee an adequate meal for their children or fill up their car when they run out of gas? That’s where the working poor come in. The term “working poor” refers to those who have steady jobs and yet cannot make ends meet on their earnings. If you think about it, it sounds a little ridiculous.

In the United States of America, the land of prosperity and freedom and the American dream, working a steady job does not guarantee a livable income. There are many reasons why this happens-the minimum wage, broken welfare systems, poor regulation of large corporations-but the fact of the matter is that the government can no longer rely on irrelevant and impersonal numbers to ease the nation’s poverty crisis-it’s time to get personal. To learn about the single mothers supporting their families with minimum wage jobs and spending around six percent of their gross yearly income on diapers. To learn about the one in three working families who struggle to meet their basic needs. It has been almost 50 years since President Johnson declared the war on poverty, an admittedly admirable move, but I have to ask, what have we really done? Efforts have been made, but there are still over 47 million low-income American families waiting for reprieve.

Recently, McDonalds released a sample budget for its full-time employees outlining how they could live off of their salary. It quickly received criticism from all over the academic and mainstream media. Why? The budget not only factored in a second job on top of working maximum hours at McDonalds each week, but it cited the cost of heat at $0 and completely excluded necessities like food and clothing. Frankly, McDonald’s sample budget was a slap in the face of the working poor. It does not take the problem seriously. And, once again, it places the blame not on the broken system or the profit-hunting corporations, but on the inadequacy of the workers. Face it McDonalds; it is not their fault.

When an estimated four in ten American adults fall into poverty for at least a year of their lives, it is time to stop blaming and start acting. Poverty is no longer an isolated issue. It is no longer distant from the lives of most Americans. It is pervasive. It is a common shared experience. It needs an answer.