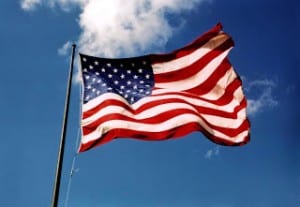 Voice of a (New) American

One of America’s treasures is the freedom we enjoy, the absence of restraints on our ability to think and to act. We the people, who live in this country, live this American value every day. We have the ability and the desire to make change. We believe in the power of even a single person’s opinion. Our voices can be heard because our leaders’ ears ring with the voices of the people.

Before 2013, I was a “visitor,” an immigrant from mainland China, studying in an American university. Young people in China, people who were otherwise a lot like me, didn’t care about politics because we can’t make any change. Our voices didn’t matter there.

But the 5-year “experiment” living in the United States has changed me a lot. I watched President Obama elected to his first term. I’ve seen people fight for their rights to marry the person they love, to make sure their vote is counted, and to protect their homes and hard-earned retirement benefits from powerful corporations.

I dreamed of becoming an American citizen because I want my voice to be counted, too. I didn’t want to be a second-class American. I wanted my status in this country to reflect what after just 5 years I already felt in my heart: that I am an American.

On January 2nd, 2013, I took my oath and became a naturalized citizen. However, there are 11 million undocumented Americans who won’t be so lucky. They struggle under the weight of a broken immigration system, often being separated from their families for months and years by deportation.

If your voice couldn’t be heard, and you knew couldn’t make any changes, would you have faith to continuing fight for your rights?

So many of those 11 million are fighting in spite of the difficulties they face. I was so excited and honored that I could become a citizen of the United States of American, and it makes me even more proud to be an ally fighting alongside the 11 million undocumented immigrant who possess the same dream I once did: to gain citizenship, to reunite with their families, and to become a fully-documented American citizen.