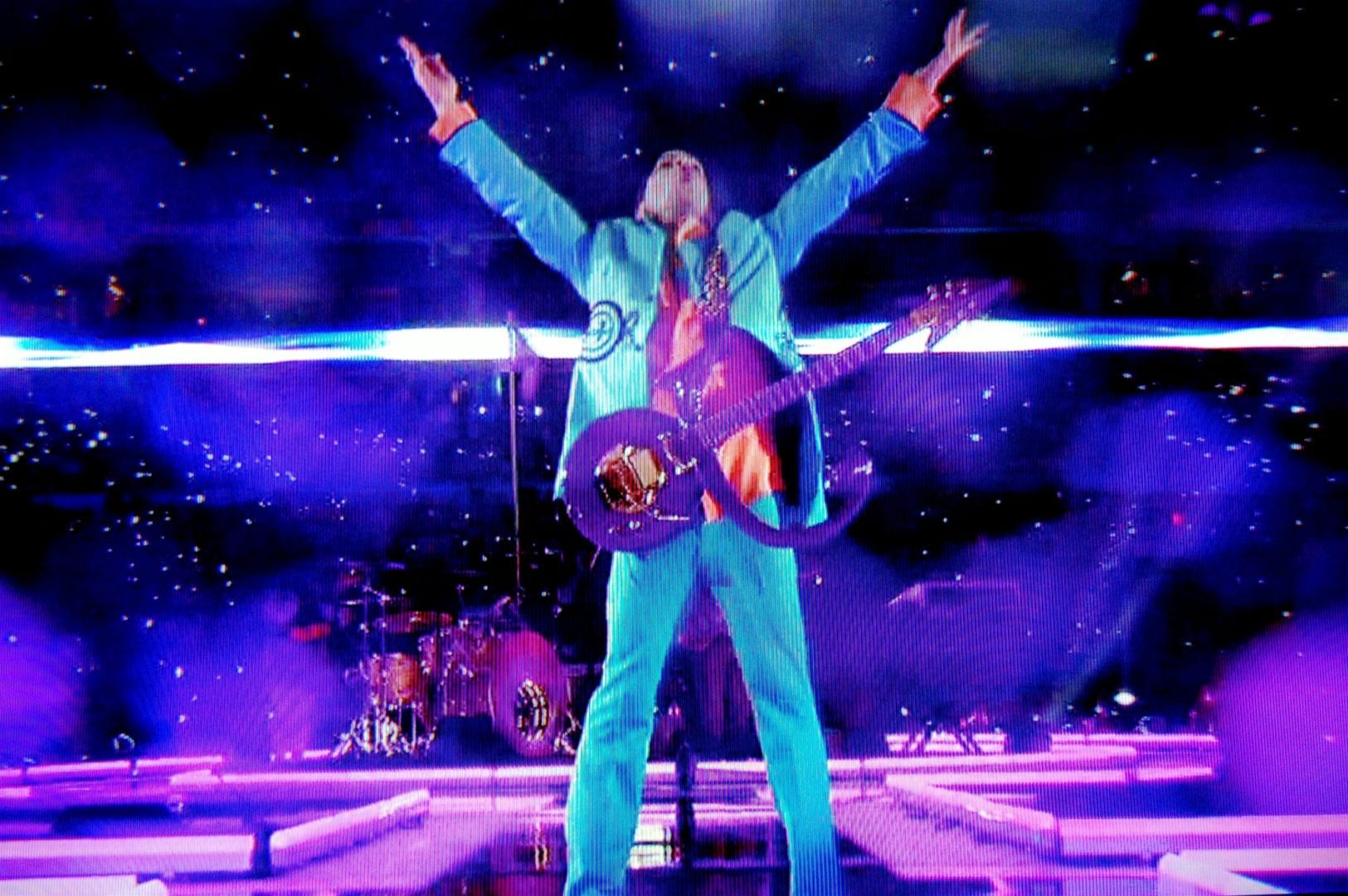 Prince Was The Only Person Who Defined Himself

Last night, my 12-year-old son was in his room reading and listening to music. His musical tastes run from modern pop and hip-hop to what my wife and I listen to — modern alt-rock, post-punk, old hip-hop, Motown, and Jazz.

“Dad! Dad! Come here quick!” Mark yelled. I had finished taking a shower, so wet and in a towel, I rushed over.

“They just played ‘Let’s Go Crazy!’ I hadn’t heard that song. Oh my God, the guitar solo gave me chills.”

He gives me chills too, son. His untimely death is a reason to reflect on why.

Coincidentally, my son was reading Rick Riordan’s series Heroes of Olympusseries. Prince Rodgers Nelson is the stuff of legend. He’s a self-taught master of 27 musical instruments with a lyrical intelligence, wit, and, yes, bawdiness that makes even his lesser work greater than most of his peers’ best. His musical DNA is obvious: Prince was “some Little Richard, some James Brown, some Jimi Hendrix, and on the Sly… How purple is that?” wrote award-winning writer Bijan C. Bayne, a Facebook friend, in a Friday morning post.

Prince was an unapologetic black man who embraced and defined himself without regard to his race or gender. No one defined him. His message of self-empowerment was powerful to me growing up as a young black man growing up in a Midwest city where people were categorized and dismissed based on the color of their skin or their family’s income.

When I was a teen, Prince was otherworldly; he was called a freak and he didn’t seem to care. He crossed genres. He made lovers swoon, but could rock the house with guitar solos. Looking at tributes from friends, I see that he found fame with preppies and potheads, lawyers and pimps, soldiers and peacemakers. And Prince did it without trying to be anything but what he wanted to project. I appreciate that aspect of freedom and self-understanding now as a 50-year-old father even more than I did as a 16-year-old humorous wallflower in St. Louis.

Prince’s rise from the streets of Minneapolis to musical legend is as much about teenage angst in the 1980s as it was adulation. He spoke to a generation – regardless of race – about sex, death, politics, and celebratory nihilism. Who doesn’t dance to the hit, “1999”?

Prince is in my personal pantheon. I owe it to a friend.

Leslie was the first person I knew who was all in on Prince Rodgers Nelson. It was 1982. We were both transfers to McKinley High School in St. Louis. I had come over from an all-boys prep school to attend the school’s media magnet program; Leslie moved up with her mother from a rural town in southern Missouri that was not the kind of place for a broadminded white girl.

Of course, I had heard of Prince, but that was the problem: I hadn’t heard Prince. Like my son, I had my parents’ musical taste, from jazz to funk, but I’d also embraced ska, reggae, punk, and post-punk. My burgeoning political sensibilities were being informed by Kingston, London, and Manchester, as it was Detroit, New York, and L.A.

I liked the song “Controversy” before I met Leslie. It had gotten airplay. But too much media focus was spent on Prince’s sexuality and androgyny — things we openly wrestle with today, but were quite taboo 30 years ago. Friends who were gay but “closeted,” using the parlance of the time, or anyone who stood out in any way, felt an affinity for Prince. Thanks to him, it was alright to be a “freak” wherever you stood.

For me, “Ronnie, Talk to Russia” and “Annie Christian” were songs that intrigued me for their political and religious implication. Even now, “Annie Christian,” captures my attention with its rants and chants about materialism, celebrity, the Atlanta child murders, John Lennon’s murder, Reagan’s shooting, and gun control. Prince’s radicalism called out this nation’s banality.

Prince did it again when he stepped into controversy post 9-11 with “Cinnamon Girl,” from the 2004 album Musicology. In the video, Cinnamon Girl is Arab-American who faces such prejudice after the September 11 attacks that she dreams of being a terrorist.

So began the mass illusion, war on terror alibi
What’s the use when the god of confusion keeps on telling the same lie?

The New York Post understandably pilloried Prince. New York was the epicenter of the worst terrorist attack in the American history. Still, the song and the video were a condemnation of extremism in all forms, including extremism against minorities that is antithetical to the country’s principles. Violent retribution begets violent retribution.

Prince was evolutionary; a craftsman in a genre that now too often relies on formula and hype, soulless rhythms and witless rhymes. For some of us, in a crowd or alone, with our lover or crying it out through heartbreak, our days and night were made better with him in it.