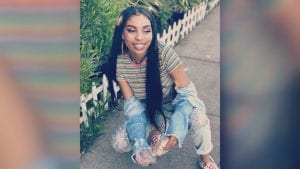 A recent study from the Center for the Study of Hate and Extremism (CSHE) at Cal State, San Bernardino noted a “12 percent rise in hate crimes over 2016 in 38 of our nation’s largest cities.” Both before and after the 2016 presidential election, I was an instructor of nonviolent de-escalation of public conflicts. My work gave me the distinct impression that hate crimes were on the rise, and studies then and now corroborated that suspicion. Hate crimes, for the most part, are discussed in isolation, without acknowledging targeted attacks against black women and girls which are on the rise as well.

I was teaching nonviolent de-escalation throughout the first year of the Trump presidency and every day my work became more and more relevant and in demand from small orgs to larger corporations. Everyone could feel the rising tension on the NYC subway or at their local bar. The fact is hate crimes have been steadily on the rise since the emergence of Donald Trump on the scene spouting vitriol for all minorities and women. Southern Poverty Law Center calls the rise in hate speech, bullying and violence relative to the actions of the current U.S. president, “The Trump Effect.” The recent San Bernardino study found that peak violence in 2016 occurred in lock step with peaks in Russian online disinformation efforts that deliberately stoked racial hatred. In fact, “racially-motivated crimes comprise nearly 60 percent of overall crimes, and African Americans remain the most targeted group,” the study reports.

The July 2018 stabbing death of Nia Wilson on an Oakland, California train platform allegedly by a white male stranger is mostly discussed as an isolated incident and a random act of violence. The 27-year-old killer John Cowell, is typically described as mentally ill, recently incarcerated, unaffiliated with hate groups and with “unknown motives.” But, what if it wasn’t so random? Isn’t terrorism by definition indiscriminate violence to intimidate a particular community? When I read of the horrific murder of the generous and gentle 18-year-old Wilson, I was reminded not only of the 1963 Birmingham, Alabama 16th Street Baptist Church bombing that killed four girls, but also of a case study I often used in de-escalation trainings as an example of direct intervention gone tragically wrong.

The example I often used in trainings was from May 2017. The tragic story goes that Jeremy Joseph Christian, 35,  boarded a Portland, Oregon light-rail train, and allegedly hurled racist anti-Muslim insults at two teenage girls, one of whom was wearing a hijab. When three heroic white men tried to step in to protect the young women, two of them were stabbed to death. These bystanders’ attempt at direct intervention escalated the situation and sadly they found themselves in mortal danger. In this case, Christian is a self-identified white supremacist and had been formerly incarcerated. He was charged with aggravated murder and his trial set for June 2019.

People often forget that the girls Christian targeted were both black. Like in the case of Nia Wilson, the alleged suspect used a knife and targeted black girls.

In July, MeShon Cooper, 43, was found dead in the Shawnee, Kansas home of known white supremacist Ronald Lee Kidwell, 47. Kidwell told police he punched Cooper multiple times and stabbed her in the neck with a knife that he wrestled away from her. Kidwell is charged with second-degree murder and has made the dubious claim that Cooper had threatened to reveal his HIV-positive status, so he had to take her life. The killer was earlier charged with assaulting a black women and his family said he had a habit of striking up friendships with people of color in order to harm them later.

And in August, there was a truly bizarre incident in Las Vegas, Nevada where two women, at least one of them black, were allegedly stabbed in the neck by Caleb Hill. In this case Hill, a 38-year-old white male with a long rap sheet including being an out-of-state fugitive with a history of violence, “randomly stabbed a woman on the bus. Then he got off and grabbed another woman, stabbing her on the sidewalk” before being interrupted by police. In an astounding display of racial privilege despite being caught mid-performance in a second “random” act of violence and jogging away, cops used verbal warnings, bean bags and a taser before they shot him. His behavior was even rationalized by possible use of illicit drugs as the motivation. And to add insult to injury he was initially treated in the same hospital room as the women he stabbed before they complained. Hill remains hospitalized and charged with attempted murder.

Could it be that this wave of violence can only exist in a climate where racist rhetoric spills from the nation’s highest office? On a recent episode of Overtime with Bill Maher, New York Times columnist Charles Blow, pointed out that then-presidential candidate Donald Trump has long touted the lie that President Barack Obama was not a citizen, demanding that the first black president to provide documents.

“It is him. It is all [Donald Trump]. It is him signalling and people saying that is fine with me and they are kind of falling in line and doing exactly what he is doing,” Blow said on the show.

Lest we forget, Trump has made enemies of Rep. Frederica Wilson, Rep. Maxine Waters, journalist Jemele Hill and former staffer Omarosa Manigault. All of these black women have been subjects of hate speech and even death threats for entering Donald Trump’s orbit. It’s not clear if any of these white men who attacked black women or their defenders voted for or are fans of Trump, but it’s not hard to imagine that they aren’t affected or emboldened by the president’s efforts to intimidate black women.

On a viral video taken in September, David Bondi, who is white, was caught verbally harassing and physically intimidating a visibly pregnant black woman, in a Leesburg, Florida Walmart parking lot. The altercation began when Bondi honked at Felicia Russell, 36, and her 15-year-old daughter, who Russell was teaching to drive. Aggravated that Russell was moving too slowing, Bondi, 57, confronted them. However, 60-year-old Derrick Brown, a black man with a registered sidearm came to her defense. After a heated standoff, Brown diffused the situation and everyone walked away alive. But in Trump’s America of racist and sexist dog whistles for political gain, Russell and Brown are two of the lucky ones.

Agunda Okeyo is communications fellow for the Center for Community Change. She is a writer, producer, organizer, and activist born in Nairobi and raised between New York City and the Kenyan capital. Her work has been published in Salon, The Daily Beast, O Magazine , Okay Africa and NBC, among others. She has been featured as a rising producer and activist by The New Yorker, The New York Times, Essence, The Root, The Hollywood Reporter and NBC among others.