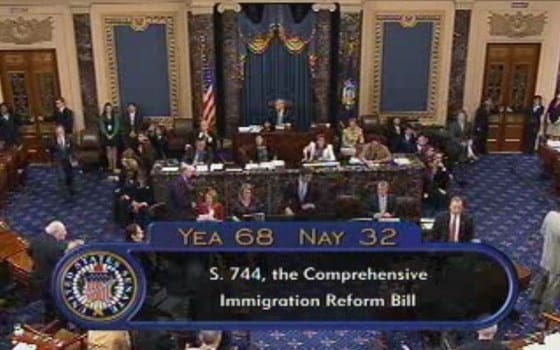 Progress, But Not Victory

On Monday and Tuesday of last week, I was discouraged. The Supreme Court had ruled on cases dealing with affirmative action and the Voting Rights Act of 1965 – both of which I felt were unjust decisions. They took away the federal government’s ability to protect the right to vote in areas that have historically discriminated against marginalized citizens’ right to vote. And immediately in response, without the federal government’s approval, Texas was able to pass a law that requires all voters to present photo identification. Things were going downhill.

But halfway through Tuesday, a champion of women’s rights, Texas State Senator Wendy Davis, stood up for women – literally. With the bill due to expire at midnight, Sen. Davis thwarted a bill that was detrimental to women’s rights by giving a marathon filibuster for over 11 hours.

Unable to keep up with the stamina of a hero, I fell asleep as she spoke into the night. When I woke, the news told me she defeated the bill, but that was not the only good news to be had Wednesday morning. In a landmark decision that morning, the Supreme Court ruled DOMA unconstitutional, and the ruling on prop 8 meant that I could marry in my home state of California and earn all of the state and federal rights afforded to other married couples.

And the following day, the Senate voted to pass the comprehensive immigration reform bill. With all of these steps towards progress, I feel the trajectory of U.S. politics has really turned around this week.

If I learned anything from the sudden turn-around though, it’s that we are headed in the right direction, but we have not accomplished all of our goals. We cannot forget about the set-backs at the beginning of the week, nor can we rest in the areas of women rights, LGBT rights, or immigration reform because of these steps forward. We made major strides, but this progress does not mean victory. There is still important work to be done and we cannot lose stamina now!