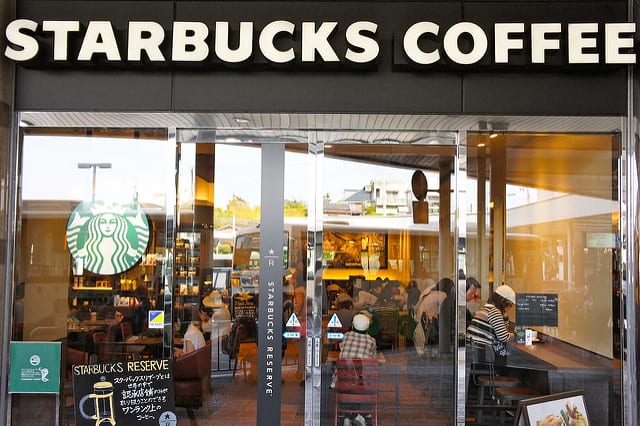 A good friend of mine commented on his Facebook page about the now viral video of the “Starbucks arrest incident,” which showed two black men being arrested in a Philadelphia Starbucks for (frankly) nothing more than being black men.

My friend wrote, “I don’t know where black men are getting the idea they can peacefully occupy space without consequences?”

My friend was being tongue -in-cheek. I myself sometimes defensively “joke” over the word “loitering,” whose dictionary definition changes depending on the dress, speech, and race of the individual the word refers to. The dictionary states loitering is “to stand or wait around idly without apparent purpose.”

Under white society’s rules, a white man in a business suit sitting on a street corner is resting. He doesn’t loiter. It is the young, the roughly dressed, or most often people of color who “loiter.”  Even a badly dressed or drunk white person who is suspected of loitering will have a shot at resolving the situation when they explain, “Hey, I’m waiting on someone!”

The Starbucks video (which proves the point) shows two Black men who are realtors in the Philadelphia area.  They were waiting to meet a fellow realtor at what may be one of the most popular spots for coffee, chit-chat and out-of-the-office business meetings in America today.

The two Black men aroused suspicion because they hadn’t ordered anything. A Starbucks manager decided that their claim to be “waiting on someone” must be – of course -fallacious.

(P.S. If anyone tries to tell you that Starbucks never lets any person of any race, creed, or color occupy seats without paying first, tell them they’re wrong. Starbucks freely offers non-paying customers a gratis drink called a vente ice water.)

The incident escalated when the Starbucks manager decided these Black men were unseemly, unsightly or dangerous. They rebelled and refused to leave, so the manager called the police who arrested them and told the men they were no longer allowed on the premises. Pariahs. Yet they rebelled by standing firm and refusing to leave.

Be sure to also watch the extended video showing the Hollywood twist ending.  The third Philadelphia realtor showed up in time to see the police harass his associates.  He is a white man, who thankfully didn’t stay quiet, emphatically declaring, “This is discrimination. Of course, this is discrimination. Why aren’t they allowed in here? ”

Forgive him, if he sounds like a lawyer – or an actor. This is inevitable when someone is underscoring the obvious.

I am hardly the only Black American who watched this video and remembered racial incidents that hurt me. They range from the time I was a young man until today, at the age of 52. My only hesitancy in naming them is that this in itself implies that one was more determining, more unjustifiable, or more racist than any of the others.

Or, to say that another way, I don’t know where to begin.

I have had security called on me in the public library (a supervisor at the library believed I was “suspiciously walking around”), in broad daylight while I strolled through my own neighborhood and repeatedly at hotels where I stayed (especially expensive ones).

In fact, I have yet to this day stayed at a swank hotel without having a security man ask to inspect my room card. Eight months ago, a hotel security person asked a white woman who was sitting beside me if she was a hotel guest. She mumbled sure, yes. He asked me in turn. I answered yes. Then he asked to see my ID and room card. Note the difference.

It is a heavy, guilty burden speaking about  the incidents to white acquaintances who often attempt to justify them as being “honest mistakes” and saying that perhaps I have “eccentric habits” or I should “wear a tie.” These responses skirt the heavy racial bias behind the false suspicions and detainment. White folks enjoy freedom of movement in swank hotels without wearing ties.

There was a time when blacks suffered Jim Crow segregation, or used “The Negro Motorist Green Book” to inform them where they could stay, sleep, or picnic. The insecurity of Black life today is in part an uncertainty that the country would – arbitrarily and brutally – revert to the rules of the past.

It’s not an idle fear.

The bias against Blacks and Hispanics in social settings extends to their treatment in all kinds of systems, including the criminal justice system. They are likelier to be arrested for crimes, including nonviolent crimes, and serve longer sentences that make then unemployable social outcasts. Housing, educational, and economic disparities remain high.

The Guardian reported that given current economic trends and systemic racism within three years white households will have 86 times the income of black households.

People of color on a daily basis fear embarrassing Starbucks incidents. But my own biggest fear is that in terms of housing, employment, and the criminal justice system, this nation will soon mirror the separate and unequal Jim Crow South.

The “Starbucks incident” is a metaphor for everything that divides us, and the urgency to redress our social and economic disparities right now.